London was brimming with big names this evening for the National Movie Awards. Katie Holmes was wearing a dress from her own Holmes and Yang collection and had Tom on her arm coming from a couple of days in NYC with sweet-loving Suri. Diane Kruger was decked out in Lanvin from head to toe and had her best accessory of all, Joshua Jackson, to pose by her side. Gwyneth Paltrow was a vision in pink while Orlando Bloom kept his hair unkempt to go with his snappy suit. Weigh in on all the red carpet looks on FabSugar UK — who do you think was best dressed? 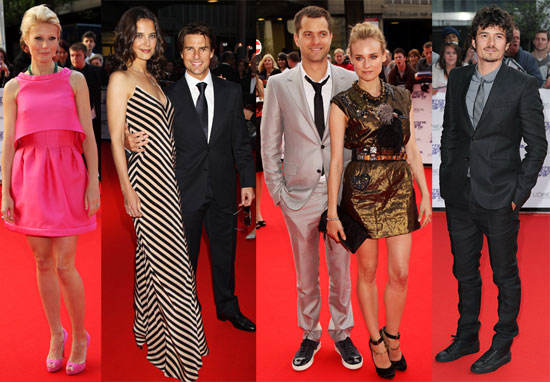 Inside, Tom Cruise accepted the Screen Icon award while Peter Facinelli represented the Twilight cast for their dual wins for New Moon and Eclipse. Robert Pattinson couldn't attend the show since he's in California filming Water for Elephants, but he did make a speech via satellite when his Edward Cullen was named Performance of the Year. The cast of Harry Potter also had their moment to shine with their special recognition award. Emma Watson, Daniel Radcliffe, and Bonnie Wright stuck together in the press room with their statue. Check out the full list of winners here! 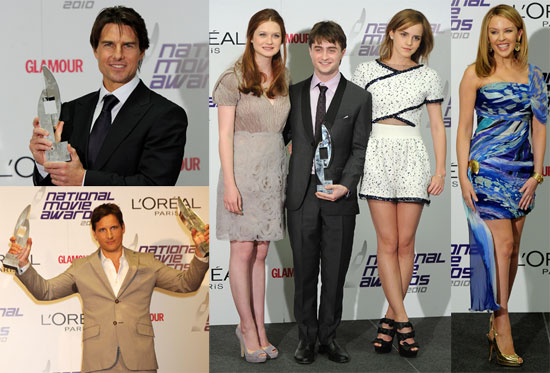 To see more from the awards just read more.