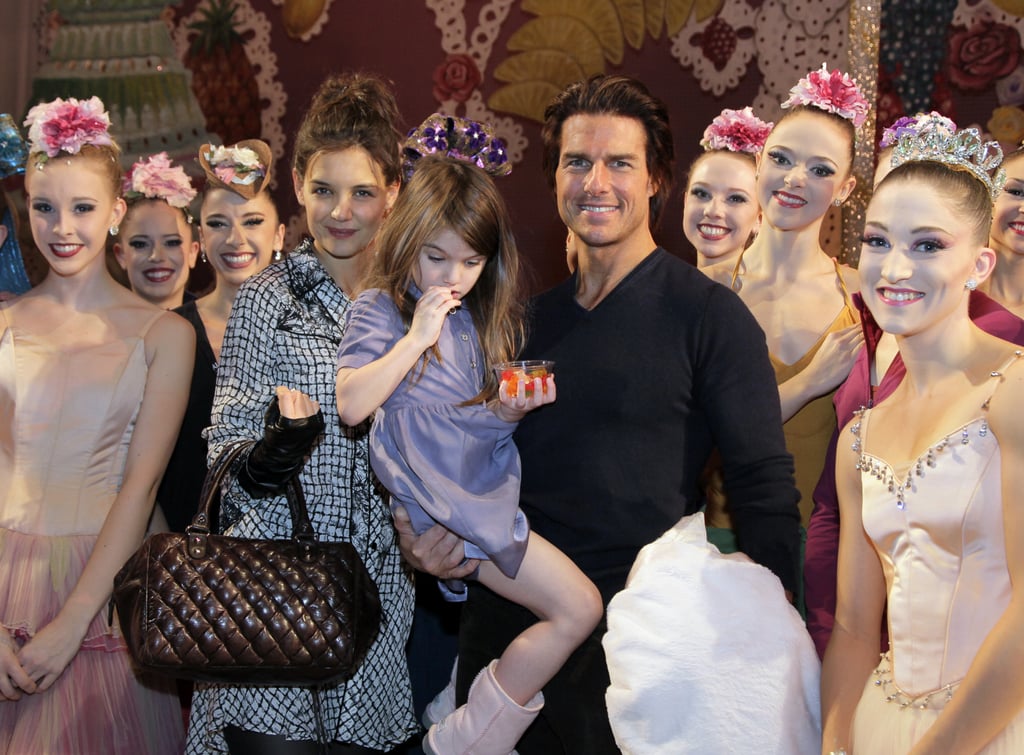 Tom Cruise, Katie Holmes, and Suri Cruise posed with the ballerinas backstage after attending a performance of The Nutcracker in NYC last night. The 4-year-old looked a little more into her candy than the photo op, though she gave a shy smile when one of the sugar plum fairies showed off her wand. Katie and Tom also chatted with the show's master in chief, Peter Martins. Katie may be making a return to the stage herself, since she's in talks to star in Extremities on Broadway. The Cruises just went from one chilly climate to another, traveling from Vancouver where he was shooting Mission: Impossible 4 to the East Coast for Katie's birthday weekend. She turns 32 today, one month after celebrating her fourth wedding anniversary with Tom. He loves to go all out for his girls, so there's probably more fun up his sleeve for this evening.

Katie Holmes
Katie Holmes Wore Tights With Sandals, and It's Really Working For Me
by Sarah Wasilak 2 weeks ago

Celebrity Instagrams
They're Here! Meet the New Celebrity Babies of 2020
by Mekishana Pierre 4 weeks ago