Tom Cruise stripped down and strapped into safety gear earlier today on the Prague set of Mission: Impossible 4. For the second day in a row he gave the crew an impressive view of his abs while tackling his own shirtless stunts. He gave us a peek at his six-pack over the Summer while shooting a commercial for Knight and Day, and from what we've seen of him recently it looks like he's still holding onto his Top Gun physique. Tom will be passing the torch on to Jeremy Renner when he takes over the Mission: Impossible franchise, and we've already seen that he's packing some heat in the muscles department, too. 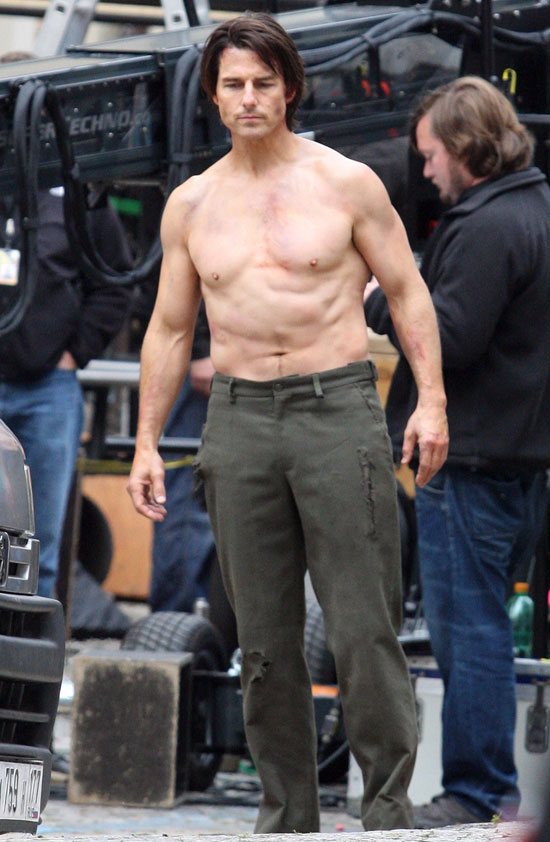