Tom Cruise was back out in Prague yesterday checking out possible locations for the fourth Mission Impossible film. It's been almost fifteen years since the first movie was released in 1996, and while some of you think it's time for the franchise to move on, Tom is going full steam ahead with the next installment. He'll join costars Jeremy Renner and Paula Patton in his last appearance as Ethan Hunt, and will also share producing duties with J.J. Abrams. Tom's got multiple projects in development, but he has plenty of support and praise from his wife Katie Holmes. 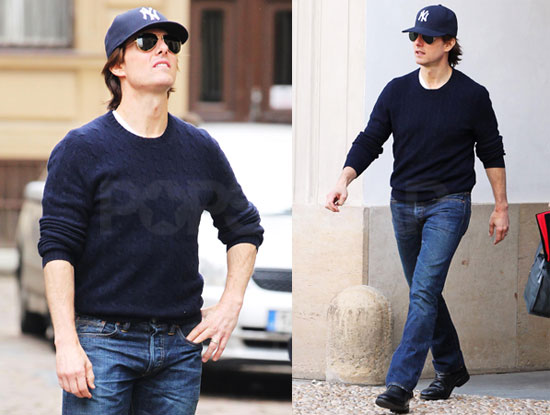