Jon Hamm was the guest of honor last night at a dinner hosted for him by the editors of Details in NYC. He's on the cover of the magazine's October issue solo, but he made the rounds at the party with his girlfriend, Jennifer Westfeldt, and caught up with SNL funny people like Bill Hader and Kristen Wiig. This morning, the Mad Men star was back on the promotional circuit to chat up his movie The Town ahead of its release tomorrow. He swung by the Regis and Kelly studios to record an interview that airs tomorrow. Jon also had time yesterday to pay a visit to Jon Stewart at The Daily Show — check out their funny exchange after the jump. 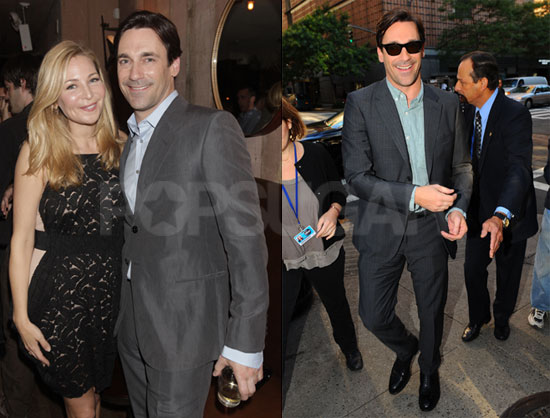 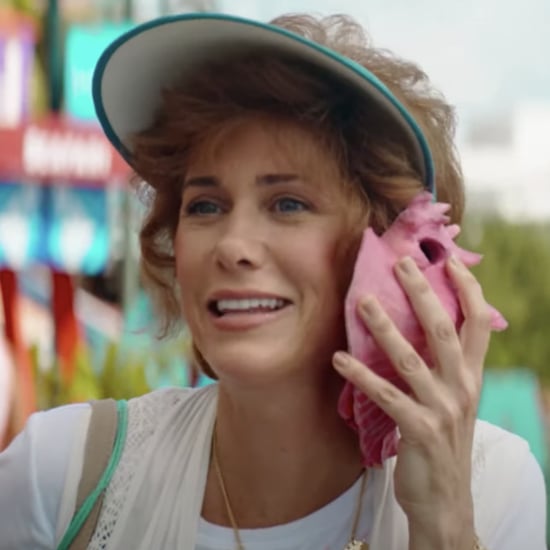 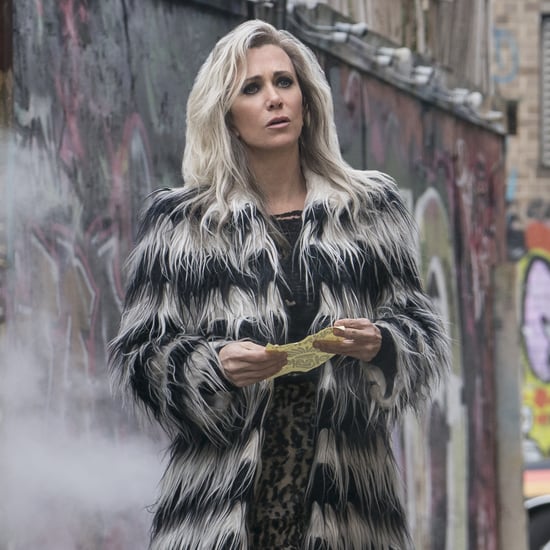