Stephen Moyer and Anna Paquin headed south to San Diego yesterday for Comic-Con's True Blood panel. Anna Paquin wore red Antonio Berardi, looking hot next to her husband. The cast had a strong showing with Alexander Skarsgard, Ryan Kwanten, Rutina Wesley, Kevin Alejandro, Nelsan Ellis, Kristin Bauer, Deborah Ann Woll, and creator Alan Ball joining in for the discussion. A few spoilers were revealed during the fan chat — Buzz has a full rundown of the True Blood at Comic-Con Q & A — like the mystery behind Alexander's "dorky outfits" this season and whether we'll see how Eric turned Pam into a vampire. Fans of the program's shirtless scenes are in store for a treat as it was also revealed Eric and Sookie will soon share a shower scene which, of course, requires Alexander to once again show off his abs! 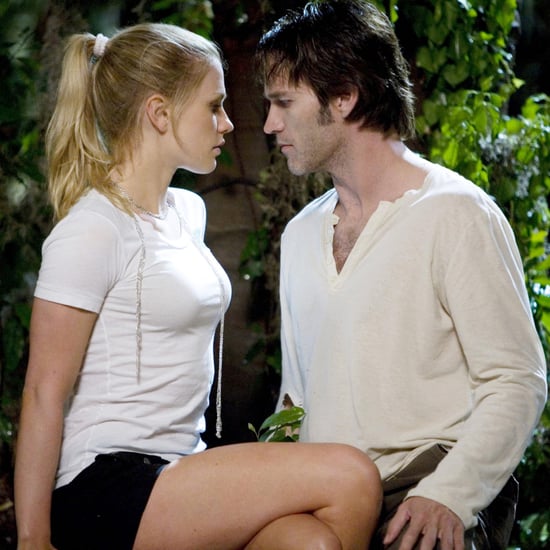