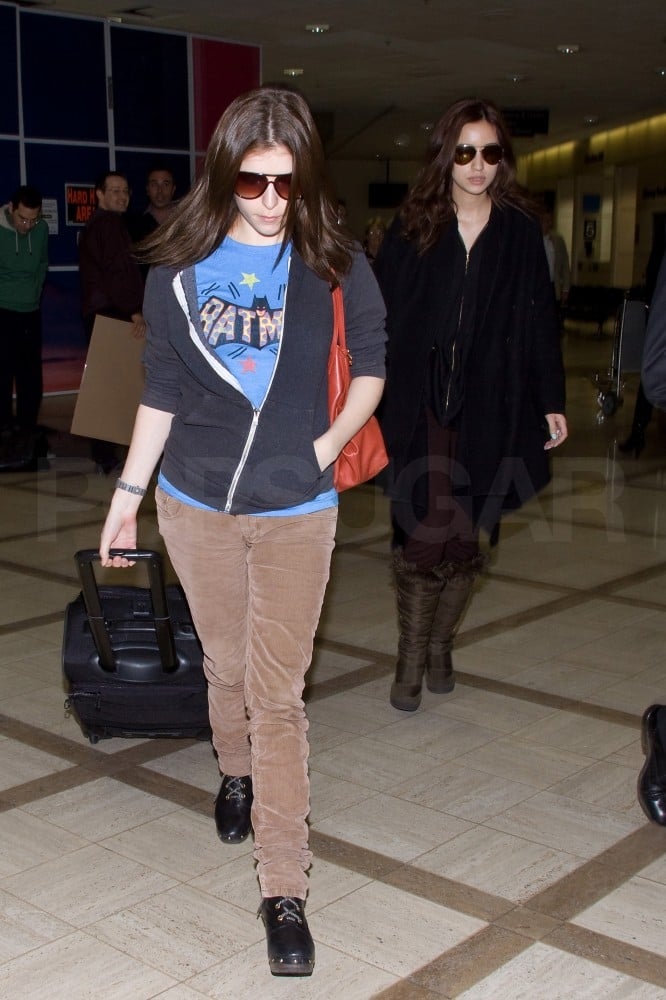 Anna Kendrick and Christian Serratos stuck together last night when they got off a flight from Louisiana. The girls are back in California after a stint in Baton Rouge, where they worked on Breaking Dawn. It was a short trip for Christian, who tweeted on Sunday that she was southward-bound. Both Anna and Christian have been logging long hours working on the final installments of the Twilight series, just like Robert Pattinson, Kristen Stewart, and Taylor Lautner — their costar Elizabeth Reaser, though, recently said the cast has been able to enjoy some good Southern hospitality and food. There's a great deal of excitement to come as the cast wraps up production on the films, and we had a couple recent sneak peeks at Robert and Kristen's sexy bedroom scene as well as the brand-new title art. Kristen will soon wrap up her years playing Bella Swan, but she's already looking forward with a possible new role as Snow White.

Previous Next Start Slideshow
Anna KendrickTwilightChristian Serratos
Around The Web

Anna Kendrick
Breaking Down the Long Saga of Pitch Perfect 4 Rumors — Will It Ever Happen?!
by Corinne Sullivan 2 weeks ago

Anna Kendrick
Basically Every Picture of the Pitch Perfect Cast Together IRL, Because They're Aca-dorable
by Corinne Sullivan 2 weeks ago