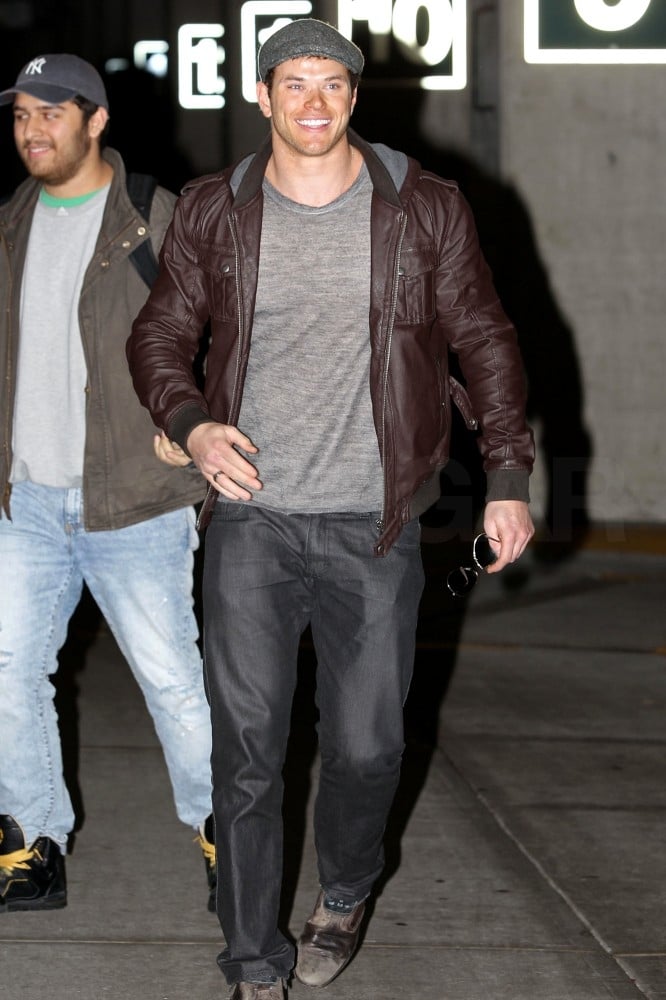 Kellan Lutz showed some love for a photographer pal last night when he arrived at the airport in Vancouver. He's in Canada to join his costars on the set of Breaking Dawn following a stay in LA, where he kept his fine form in top shape and dressed up for star-studded parties. Robert Pattinson has been north of the border doing outdoor scenes dressed as Edward Cullen, while Kristen Stewart made the same trek as Kellan last weekend. Fans are exited to see Kellan's return to the Twilight series, but he'll first be on the big screen showing off his shirtless physique in his upcoming Immortals.

Previous Next Start Slideshow
Kellan LutzTwilight
Around The Web