Vanessa Hudgens and Shenae Grimes got in on the bikini action while in Hawaii over the weekend for the opening on Waikiki's new Edition hotel. Whitney Port led the two-piece parade during her marathon PDA session with boyfriend Ben Nemtin, but Shenae was all about bonding with friends on Saturday as she took self-portraits and hung out with Taryn Manning. Vanessa skipped out on another afternoon of poolside lounging and instead opted to try surfing yesterday. She's familiar with the sport after watching Zac Efron give it a go in Australia, though he wasn't on hand to offer constructive criticism as Vanessa braved the waves. 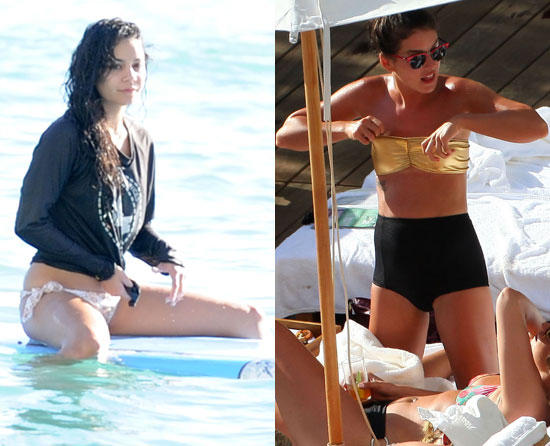 Summer Fashion
These 19 Curve Swim Brands Have the Chicest, Well-Made Suits
by Sarah Wasilak 2 days ago

Celebrity Instagrams
The Highlight of Tracee Ellis Ross's Beach Party For One? Her High-Waisted Lounge Pants
by Chanel Vargas 1 week ago