Xavier Samuel held hands with girlfriend Shermine Shahrivar after a lunch date at Bar Pitti in NYC on Monday. The couple just wrapped up their whirlwind Summers, which started with Xavier's huge press tour for Eclipse. He and Shermine nonetheless had time for plenty of PDA, and it looks like they're still going strong. Xavier's participation in the Twilight series is over, but he has Fashion Week parties and new projects keeping him busy. He did, though, show support for his former castmate Kellan Lutz's brand affiliations by giving a peek at his Calvin Klein underwear. 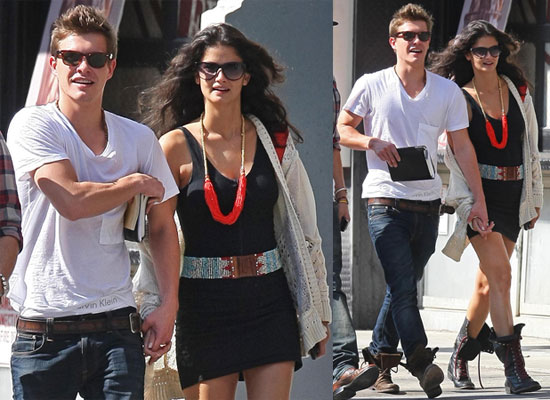