Xavier Samuel has had a busy few days in NYC filled with shopping, kisses, a surprise appearance, and a movie premiere. There was one thing in common with all the events — his cute girlfriend Shermine Shahrivar was by his side the whole time. Xavier is going strong with the publicity tour, fresh off the big London premiere where she was on his arm. Over the weekend the handsome Eclipse star surprised a lucky group of Twilight fans at a screening, just like Robert and Kristen in LA. Xavier signed autographs and took pictures with stunned moviegoers at the Manhattan theater and Shermine came along to help thank everyone for making Eclipse open at number one. Ever the devoted partner, she certainly earned their SoHo shopping trip on Sunday. Xavier kept things going today with a PDA-filled walk with his lady before the two hit the red carpet together for the premiere of The Sorcerer's Apprentice. 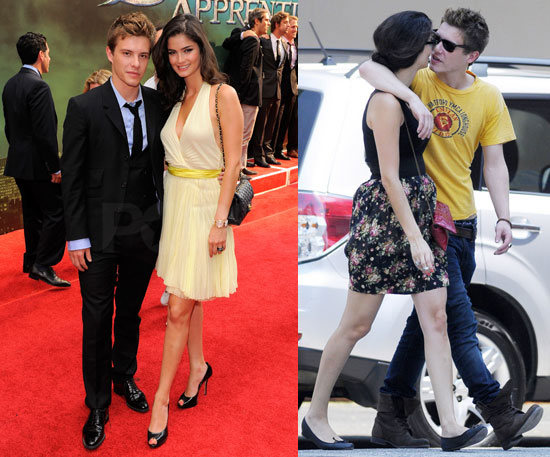