Zac Efron and Vanessa Hudgens posed backstage together after catching a performance of Memphis: The Musical on Broadway last night. Adam Shankman, who worked with Zac on 17 Again last year, also joined in on the photo fun. Zac and Vanessa are in NYC after he made a solo trip East a few weeks ago and saw Memphis for the first time — he also swung by a strip club with pal Corbin Bleu. Zac's showing a little skin of his own in our Summer Shirtless Bracket, in which he's going head-to-head with Joshua Jackson. Make sure to get your votes in and enter to win Tom Ford sunglasses! 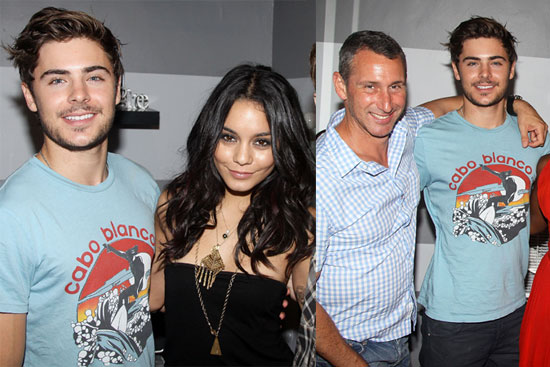