Zac Efron and Vanessa Hudgens kept their distance at JFK airport in NY yesterday evening. The two were in Manhattan to check out a show on Broadway with their friend Adam Shankman after Vanessa hit the stage earlier this month to perform Rent at the Hollywood Bowl in LA. It's been a whirlwind summer for Zac who is currently testing out facial hair and also broke new ground in his career with the emotionally wrought Charlie St. Cloud while consistently signing on for more projects. He also just soared his way into the next round of our 2010 Shirtless Bracket, which means he's up against Kellan Lutz in the Elite Eight. 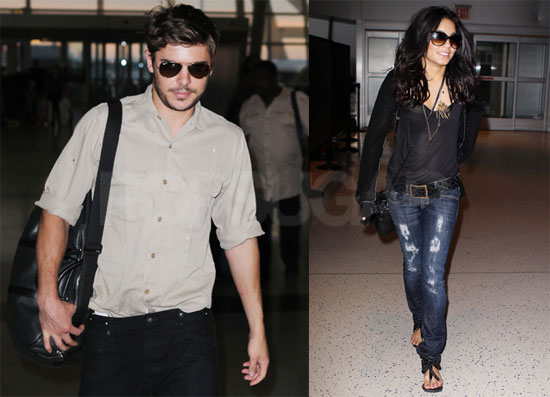 Vanessa HudgensZac Efron
Around The Web