This week GQ's Men of the Year looked suave while some lovely ladies glittered at Dolce & Gabbana's fragrance launch, and the Grammy nominees were announced. Were you paying attention to everything else that was going on? Take the quiz! 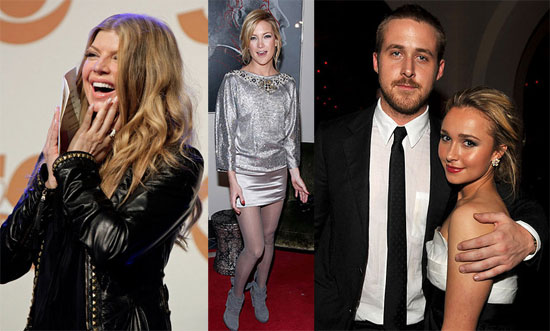 Who did AOL name as TV's sexiest woman ever?

How many Grammy nominations did Kanye West receive?

Who is leaving Katherine Heigl off his Christmas list this year?

Who thinks people see her as a "miserable b*tch?"

Where are the Jolie-Pitts spending Christmas?

Selma Blair and Ashley Olsen celebrated the opening of which racy store in LA?

Where did Tom and Katie head for their romantic skiing vacation?

Which pregnant star said, "People often talk about pregnancy as if it's an illness, don't they, and the thing is I'm very fortunate to feel disgustingly well''?

Who has gotten into the habit of asking that clothes be sent to her instead of buying them herself?

by Brittany Sims 15 hours ago