This week brought the exciting news that Gwen Stefani and Gavin Rossdale are expecting baby #2. Jessica Alba was in full promotion mode as she hit up the New York talk show circuit to plug her new movie, The Eye. George Clooney, on the other hand, took a break from Hollywood to fulfill his duties as a UN messenger of peace. Were you paying attention to everything else that was going on? 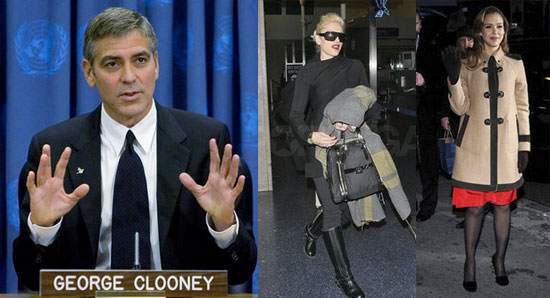 Where did David Beckham open a new sports center?

Which designer store did we see Mariah Carey hit for a retail fix?

What brand did Justin Timberlake make a Super Bowl commercial for?

Who did Victoria's Secret name as "Sexiest Mom of the Year"?

What is the profession of Lindsay Lohan's latest rumored boy?

Who was not honored as a virtuoso at the Santa Barbara Film Festival?

According to Forbes, how much money did Madonna make in 2007?

Who will star in "The Ugly Truth," opposite Gerard Butler?

Who gushed that Jessica Alba is "going to raise the most awesome human being in this world?"

Who didn't make it to his own movie premiere in LA?