This week we saw lots of Tom and Will, the Golden Globe Nominations were announced, and we found out that Jessica Alba is pregnant! Were you paying attention to everything else that was going on? Take the quiz! 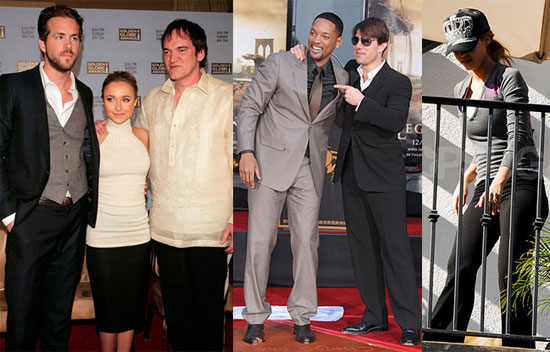 Where was Leonardo DiCaprio honored over the weekend?

Where were Woody Harrelson and Owen Wilson spotted after leaving Peru?

What magazine was Nicole Richie spotted carrying in her Birkin bag?

Mandy Moore was spotted picking up items related to which hobby?

Who is Kate Moss rumored to have hired as her new nanny?

Referring to himself and his wife, who said the following: "We don’t take life too seriously"?

Who is helping to produce Lindsay Lohan's new album?

Who said about marriage, "It has made my life?"

Which book did Haylie Duff reveal her sister Hilary has been reading?

What is the title of Janet Jackson's new single?

by Brea Cubit 54 minutes ago