This week was all about hot couples. From Hilary and Mike's shopping trips in NYC to Orlando and Miranda's day at the races and Nicole and Joel's LA strolls, it seems like everyone was loved up this week. Did you pay attention to everything that went down? 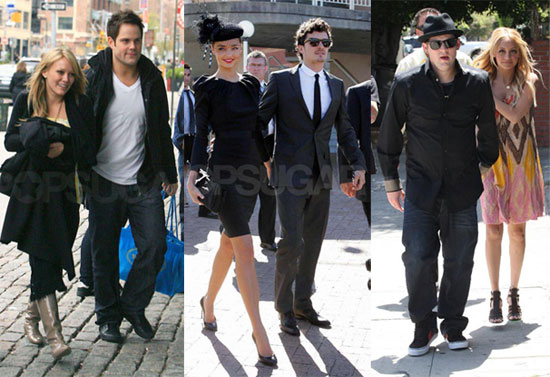 Who wasn't at the White House Correspondents dinner?

Where did George Clooney dine during his guys' night out last Friday?

Who won the Vanguard Award at the GLAAD Media Awards?

Salma Hayek was spotted carrying her daughter around on the set of which movie?

The premiere of which Broadway play brought out Kirsten Dunst, Julia Roberts, and Natalie Portman on Sunday night?

How do Heidi Klum and Seal celebrate their anniversary?

Who said, "People think I'm aloof, or old, or that I breathe rarefied air—that's not me."?

Paris Hilton was sporting a tee shirt designed to help which charity?

Who said, "People love feuds. Who were Paris and Nicole before they weren't friends?"

Who was the second highest-earning model of the past year?