This week started off with the VMAs and Britney's long awaited performance. The popstar's comeback didn't go exactly as planned, but she was all smiles for Jayden's first birthday celebration. If the stars weren't in Vegas, they helped New York Fashion Week come to an end or they hit the red carpet premieres at the Toronto Film Festival. Were you paying attention to everything else that happened? 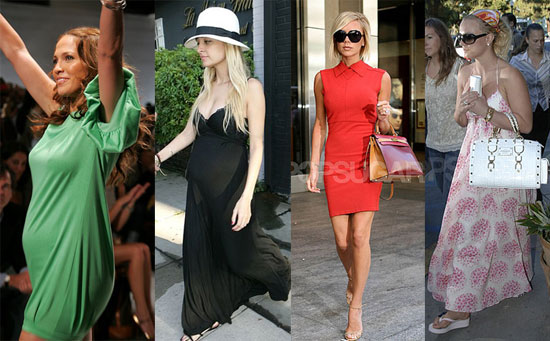 Which fall show has Rachel Bilson been cast in?

Who was named as "The Showstopper" on People's list of Best Dressed Celebs?

Who thinks her Oscar looks "purty" on her bookcase?

Who said she woke up one morning and wanted "white-trash hair?"