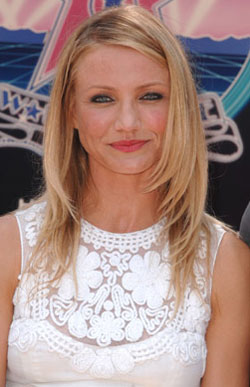 Cameron Diaz is off in Europe promoting Knight and Day with costar Tom Cruise, and she's also been busy sharing about their project in print interviews. She's on the cover of July's InStyle and granted a revealing interview to Playboy. She touched on her desires, as well as about her attraction to women. Cameron said:

Cameron isn't known for being particularly shy, but her quotes to the magazine seem to be pushing the envelope more than usual. She's obviously trying to drum up attention for her Summer blockbuster with Tom, but tell us what you think — more power to her or TMI?

Celebrity Families
Jennifer Lopez on How Virtual Learning Is Going For Her Family: "We're Kind of Getting Better at It"
by Murphy Moroney 9/29

Instagram
Jennifer Lopez on Her Family's Awesome Dance Videos: "The Brains Behind Them Are Our Girls"
by Murphy Moroney 9/29