Lindsay Lohan shopped in LA yesterday before confirming on Twitter that she has failed her latest drug test. The starlet apparently tested positive for cocaine, which some speculate she used during a big night out in NYC last week. She also didn't pass another check-up, and will report to court next week to confront the possibility of 30 days in jail for each failed test. She's ready to face the music for violating the terms of her probation, writing on Twitter, "I'm taking responsibility for my actions and I'm prepared to face the consequences." There may be big repercussions for her career too, as the judge may revoke her right to travel out of state. It's been only three weeks since Lindsay was released from rehab, but she says substance abuse is a disease she's still trying to overcome. Another stint in jail will certainly complicate her plans to shoot Inferno, but tell us — do you think Lindsay should go back to jail? 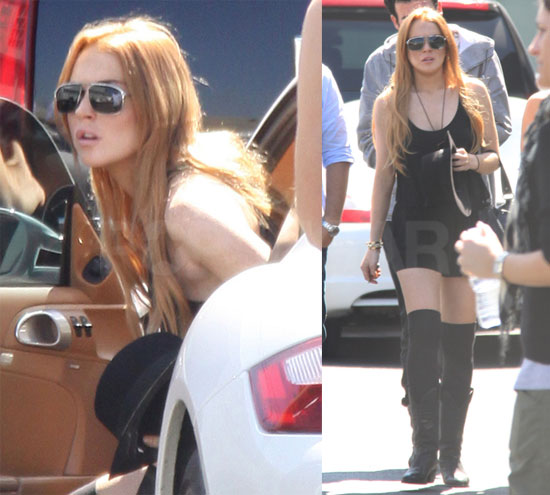