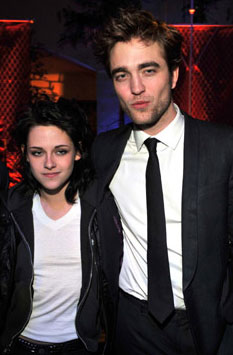 Kristen Stewart and Robert Pattinson have been focused on promoting their third Twilight film, but there's mounting speculation that the pair may team up for a movie not related to the vampire franchise. Summit Entertainment acquired the rights to Men Are From Mars, Women Are From Venus, which led some to speculate that Robert and Kristen may sign on to star. A rep from the company said, "Sure, if one or both of them wanted to and the role made sense, why not? But we are a very long ways away from even thinking about all that." That may not be the project Robert and Kristen choose, but it has us wondering — would you like to see Robert and Kristen star together in a non-Twilight film?