It was couples, couples everywhere this week. From the sisters Simpson and their respective beaus to Ashton and Demi, it seemed like loved-up duos were all over the place. Were you paying attention to everything else that was going on this week? 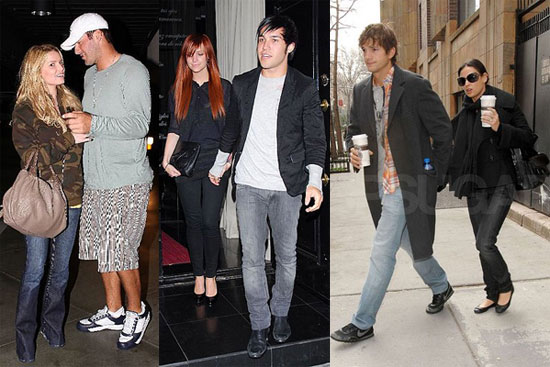 Which celebrity was not at stylist Estee Stanley's wedding last weekend?

At which LA restaurant did Britney Spears dine with her parents and brother last Friday?

Which of the following upcoming movies will star Neil Patrick Harris?

Justin Timberlake was spotted wearing a tee-shirt in support of which NCAA basketball team?

In which country was Colin Farrell researching his next role?

Who said, "If I bought a cheetah, would it run away from me or could I keep it?"

Who is the latest person to sue Lindsay Lohan?

Which actor was spotted out to dinner with Kirsten Dunst?

What actor was Cameron Diaz kissing on the beach as they filmed "My Sister's Keeper"?

Who told Glamour magazine that, "having a family had made me feel whole"?