The Grammy Awards kicked off an exciting week, but attention soon shifted to the star-studded Berlin Film Festival and other various events. Were you paying attention to everything else that was going on? 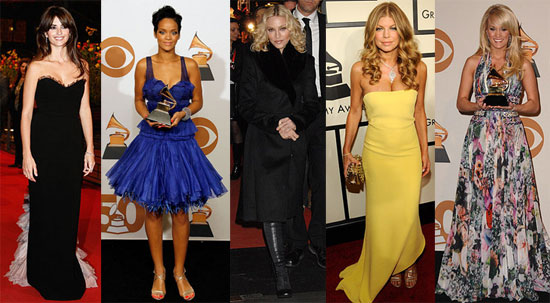 Who is also interested in the Manhattan apartment Cameron Diaz has her eye on?

Who said the following in regards to adopting a child: "We might get one from Brooklyn. No baby is more helpless than another baby."?

Which movie took home the prize for Best Film at Sunday's BAFTA Awards?

Who was the stunning surprise guest at Clive Davis' pre-Grammy party?

Who picked up a Style Icon Award at the Elle UK Style Awards?

Which musical icon collaborated with Scarlett Johansson on her upcoming album?

What is the title of Madonna's directorial debut film?

Whose first love smooched him "behind the dumpsters outside of shop class"?

What was Jessica Alba spotted shopping for before Valentine's Day?