Things kicked off with Father's Day last Sunday, and throughout the week we saw our favorite celebrity dads spending quality time with their families, from Ryan and Deacon's low-key trip to the grocery store, to Ben and Violet's visit at preschool and Will Smith with his whole clan at the Kit Kittredge premiere. Were you paying attention to everything else that went down? Take the quiz! 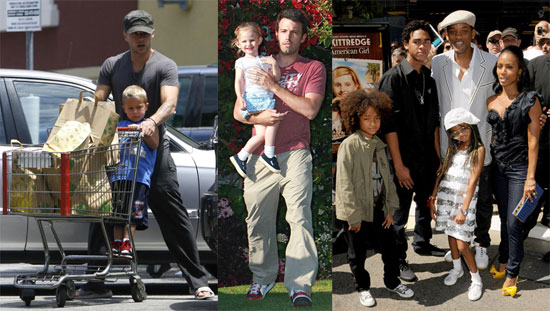 Where was Katherine Heigl spotted vacationing in her hot pink bikini?

What did Johnny Depp send to a twelve-year-old fan?

Whose house did Jennifer Aniston and John Mayer stay at while on their Mexican getaway?

Who said, "I’ve always been in serious relationships. I meet someone and date him for a long period. I don’t sit there thinking, like, 'I wonder if I can seduce that guy.' I have other things in my mind."?

Who won the "Face of the Future" award at the Crystal + Lucy Awards on Tuesday night?

In which country did Matthew McConaughey lose his flip-flop a couple of weeks ago?

Eva Longoria and Tony Parker were on hand to see France lose to which country in the Euro 2008 soccer tournament?

Who said, "Love is a very powerful force in my life. It's my fatal flaw and my virtue."?