While LA Fashion Week brought out the Hiltons and LC, other stars like Charlize Theron and Kate Beckinsale were busy promoting their movies. Were you paying attention to everything that was going on? 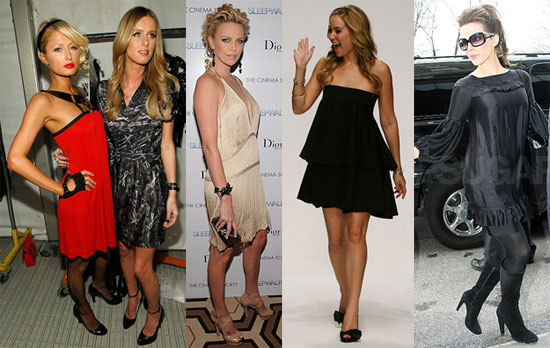 Which actress joined Drew Barrymore and Justin Long for dinner?

Victoria Beckham picked her boys up from what kind of class?

Cameron Diaz was spotted with which of her ex-boyfriends on Monday?

Will Smith was spotted at the beach working on which upcoming film?

Which Hollywood spouse is apparently, "not unsupportive, just uncomfortable in the show-biz environment"?

Which actress said, "I really don't care about appearance; that is so secondary to everything else that's more important in life"?

Who was Anne Hathaway's second date, besides boyfriend Raffaello Follieri, at the Winter Dance for the American Museum of Natural History?

Which actress said, "Babies. . . arrive kind of 80 percent baked, and that 20 percent is crucial, but they do show up with personality"?

Which of Lauren Conrad's current or former friends wasn't at her fashion show?