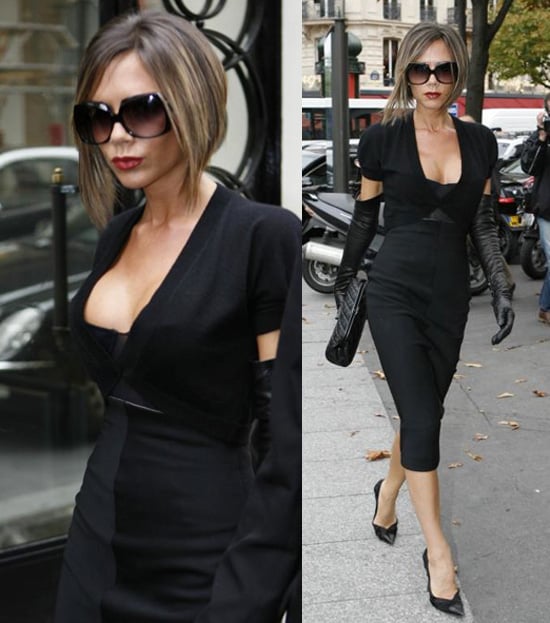 Posh looked about as put together and confident as you could possibly imagine last week as she gallivanted around Paris with Katie for Fashion Week. It turns out, however, that she is pretty insecure about her body. She told the Australian edition of Harper's Bazaar that she looks "really awful naked." This is just sad, Posh clearly has self esteem issues. People reports: 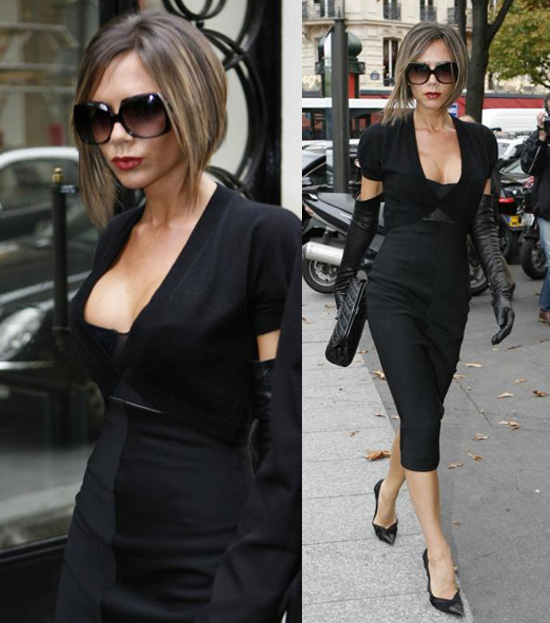 Having three children and then losing the baby weight has been tough on her body, Beckham, formerly known as Posh Spice, tells the Australian edition of Harper's Bazaar. "I've got so much saggy skin on my stomach," she says. "I might fit into jeans, but trust me, I look really awful naked."

Beckham, 32, adds that she has "no bum at all," despite her appearance in ads for her new fragrance, which she credits to the magic of retouching.

We think she is crazy, she looks amazing while shopping in Paris. Lots more pics, so read more