Contrary to recent reports that Posh is pregnant, the Beckhams have denied it. Apparently when David responded yes to a reporter it was simply a confusion in the question. Talk about lost in translation. It's a good thing Victoria is not with child - remember how smashed she got last month. People reports: 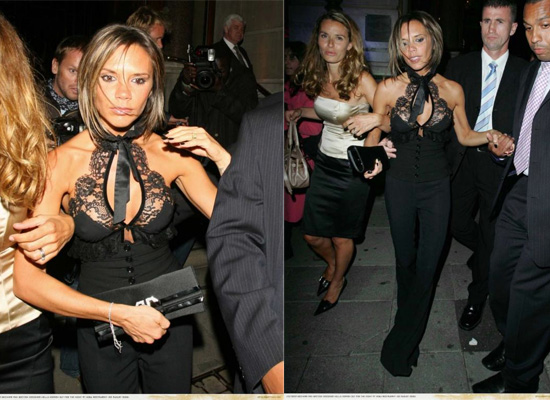 Still, a source close to the family says the couple, who divide their time between the Spanish capital and an English mansion – dubbed Beckingham Palace – north of London, plan to expand their brood.

"Victoria has always wanted a larger family and especially would like a sister for the boys, but the time is not right just yet," the source tells PEOPLE.

Victoria Beckham
Around The Web