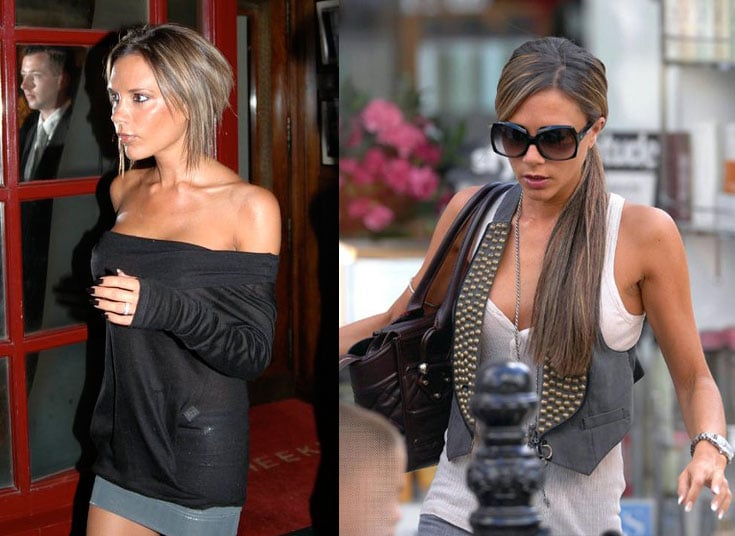 Victoria Beckham chopped her hair just a few days ago and we thought she was going to give the extensions a rest. Apparently David did not even get to see her new do except via cell phone pictures. Hello reports, "David says he loves her new look and is dying to see her in the flesh," a source said. "He's told her she looks absolutely fantastic." Too bad David won't get a chance to see her short cut in person. Posh was spotted today and it looks like those extensions are back. More pictures of Posh with long hair so read more