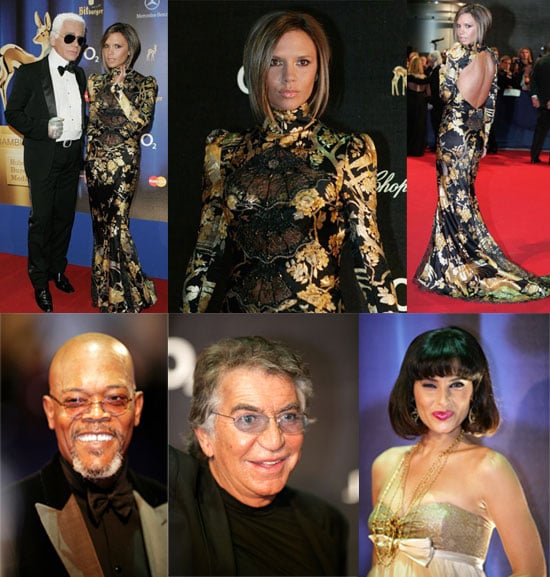 Posh's SexyBack at the Bambis

Victoria went Geisha gold at the 58th annual Bambi Awards in Stuttgart Germany last night. The event is considered one of Germany's most prestigious awards show recognizing those in film, TV, music and print. Posh went without David but that was not news compared to her concerns with images. Apparently Posh wanted photo agencies to turn over control of the images to her. She wanted then to use any images that were shot for promotional purposes. The big kicker was that she did not want them to reveal any "confidential information" they discovered about her during the ceremony. Hmmm, was there a big announcement last night or is Posh hiding something? Certainly not that sexy back she is showing off in that dress. 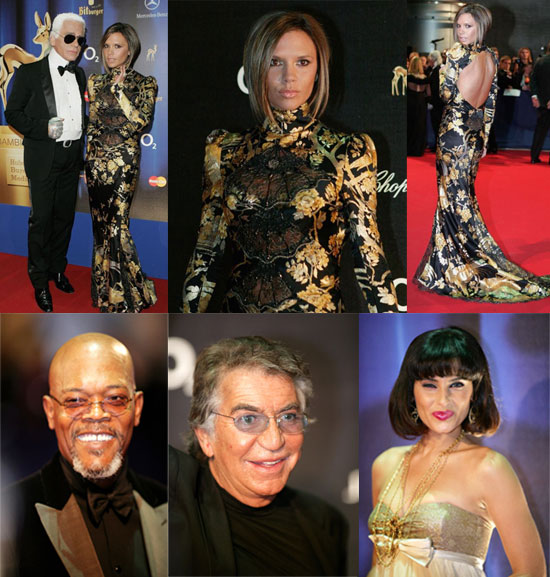 Luckily some agencies did get access to the photos and here they are - enjoy! Also there were a lot of other celebrities who didn't have any restrictions. For pics of Roberto Cavalli, Samuel L. Jackson, Nelly Furtado, and Karl Lagerfeld just read more