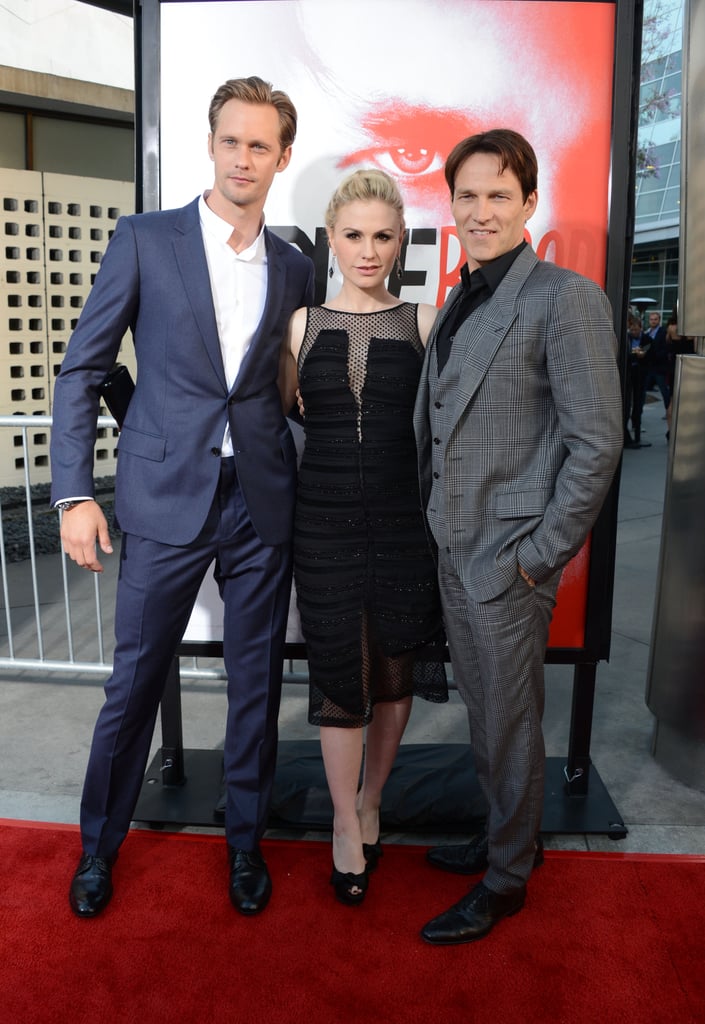 Anna Paquin showed off her baby bump last night at the season five premiere of True Blood in a peekaboo Rachel Comey dress. She joined her costar and husband, Stephen Moyer, along with Alexander Skarsgard, Rutina Wesley, and Joe Manganiello for the big debut at the Cinerama Dome in Hollywood. Stephen and Anna are expecting their first child together in the Fall, and on the red carpet, their cast mates raved to us about how happy they are for the pair.

Last season's finale episode was full of the series's requisite cliffhangers, and while the cast kept tight-lipped on many of the upcoming plot twists, Rutina's appearance on the carpet added fuel to the rumors that Tara isn't dead after all and will be back in Bon Temps this year. There will also be several new characters on True Blood this season. Law and Order alum Christopher Meloni will appear as the head of the Authority, and there are several werewolves, vampires, and humans joining the cast. Stay tuned for today's PopSugar Rush to catch all our interviews with the cast as they share a sneak peek at what's ahead this season.