Chris Pine, Anna Kendrick, and a newly pregnant Emily Blunt were spotted on the set of Into the Woods at a castle in Surrey, England, on Wednesday. This is the first time we're seeing the cast in costume as they begin filming on the fantasy flick, which is a big-screen adaptation of the Tony Award-winning musical by Stephen Sondheim and James Lapine. The movie centers around various characters of children's stories including Little Red Riding Hood, Cinderella (played by Kendrick), Jack of "Jack and the Beanstalk," and Rapunzel. Meryl Streep (who portrays a witch) and Johnny Depp also star in the Disney comedy, which is due out on Christmas Day 2014.

Chris suited up for his role as Cinderella's prince, while Emily kept her growing baby bump under wraps in a gray dress as she got some help with her costume from a set worker. She stars as a baker's wife in the film, with the baker being played by British stage actor James Corden. Emily and her real-life husband, John Krasinski, announced earlier this month that they are expecting their first child together, and the little one is reportedly due in just a few months. 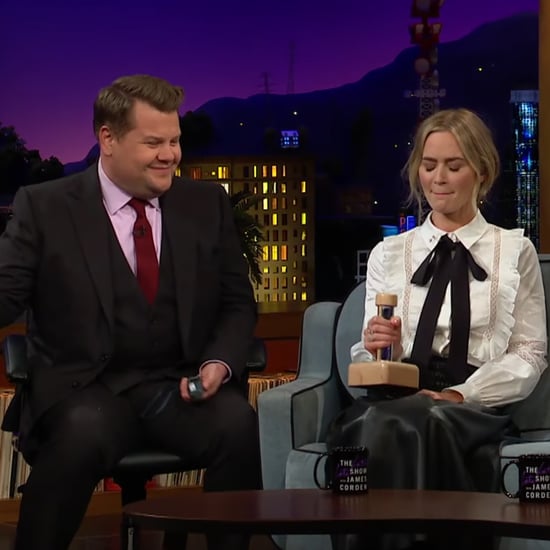