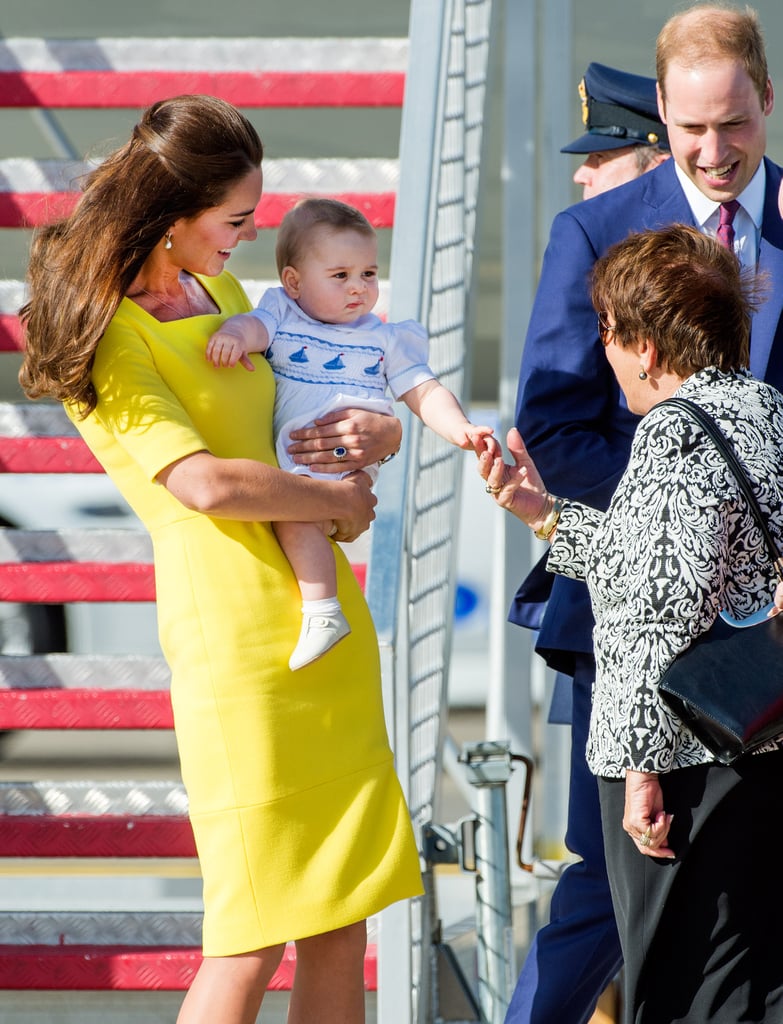 The Duke and Duchess of Cambridge brought their royal tour to Australia on Wednesday when they arrived in Sydney with little Prince George. Kate Middleton wore a yellow Roksanda Ilincic frock for her first-ever visit to Oz, and she later joked that William had commented about her bright dress, saying, "William said I look like a banana." The duchess held onto baby George as the family deplaned but later handed him off to William while she greeted a waiting line of dignitaries, including Australian prime minister Tony Abbott. Kate and William then handed George off to his nanny as they made their way to Sydney's famed opera house, where they were the guests of honor for a special reception given by the governor and premier of New South Wales. When the couple left the opera house they were greeted by throngs of fans — both young and old — many of whom couldn't resist the chance to snap a picture of the young royals. The couple briefly split up while Kate chatted with a group of young disabled people as well as other children.

Later, the family made the trek across the harbor to Admiralty House, the official Sydney residence of the governor-general, Sir Peter Cosgrove, and the place where the family will be staying for part of their time in Australia. While at the house, George was gifted with a giant stuffed toy, which he played with while his mother and father looked on. Next up, Kate and Will will visit the Blue Mountains to meet with families affected by a recent devastating brushfire.