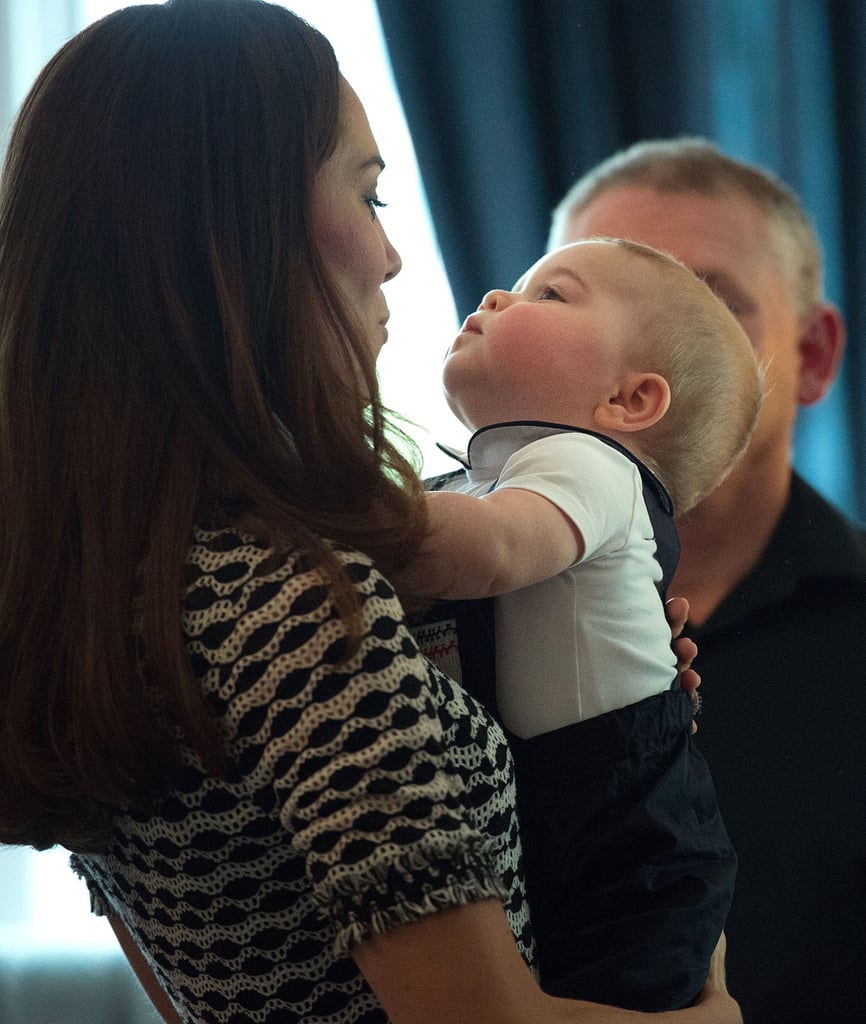 After taking a short break, the Duke and Duchess of Cambridge returned to their royal tour duties in Wellington, New Zealand, on Wednesday when they arrived at Government House to meet with the Royal New Zealand Plunket Society, an organization that provides health care to children and new families. Prince William and Kate, who wore a Tory Burch dress, brought along Prince George in his Rachel Riley dungarees for his first official royal engagement (not counting his christening), which included meeting with a preselected group of families for some well-deserved baby playtime. The group included four baby boys and six little girls, as well as their parents and guardians. The families were selected for the event to represent the diversity of New Zealand and included a same-sex couple (one of whom is from the US), stay-at-home parents, working mothers, and a range of ethnicities. Being a part of George's playgroup is a big deal for the tiny tots, as this is one of the few events that George was scheduled for during his time in New Zealand and Australia.

Kate Middleton and Prince William had George by their side when they landed in New Zealand on Monday, but they left him with his new nanny, Maria Borrallo, when they attended a traditional welcoming ceremony later that day. On Thursday, Kate and Will are scheduled to travel away from George to visit the town of Blenheim, New Zealand, to honor those who served in World War I. They will then return to George at Government House to attend a state reception and unveil a new portrait of Queen Elizabeth II.