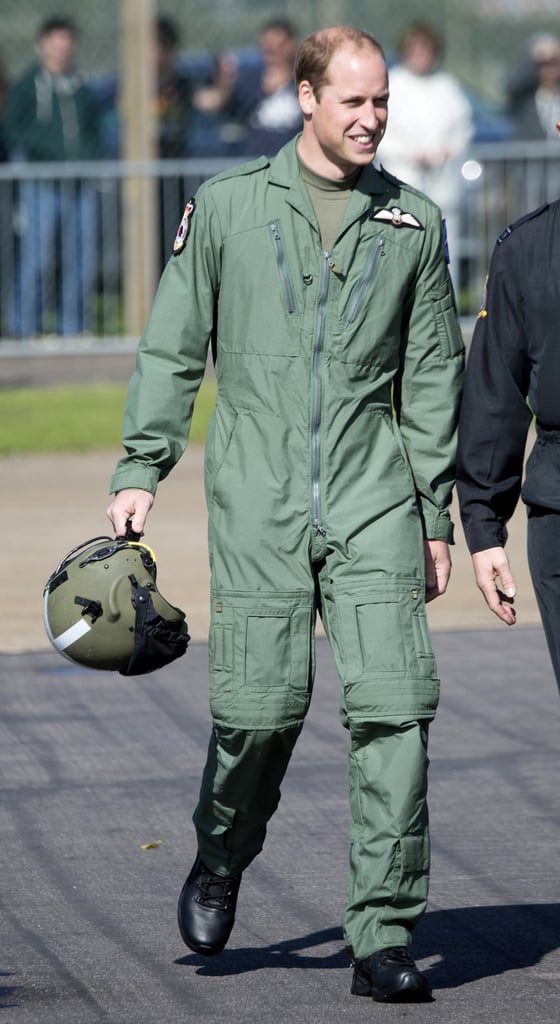 Prince William suited up on Tuesday to take flight with the Battle of Britain memorial flight team. William, who was on hand to help celebrate the 29th Squadron's 100th anniversary of protecting UK airspace, visited RAF Coningsby in Lincolnshire, England, on Sept. 22. The Duke of Cambridge waved to photographers as he sat in the front seat of a Chipmunk training aircraft before taking it for a ride. During the special visit, William also observed the event's parade and spent quality time with a group of World War II RAF veterans, including former pilot Ken Wilkinson.

Of course, William isn't the only royal who's stepped out in recent weeks. His wife, Kate Middleton, returned to her royal duties on Sept. 17 when she visited a children's mental health facility in London. The couple then joined Prince Harry at the Rugby World Cup, before William visited a school for a charity in his mother's name. Keep reading to see more of his latest outing, and then get all the details on the family's upcoming James Bond appearance.