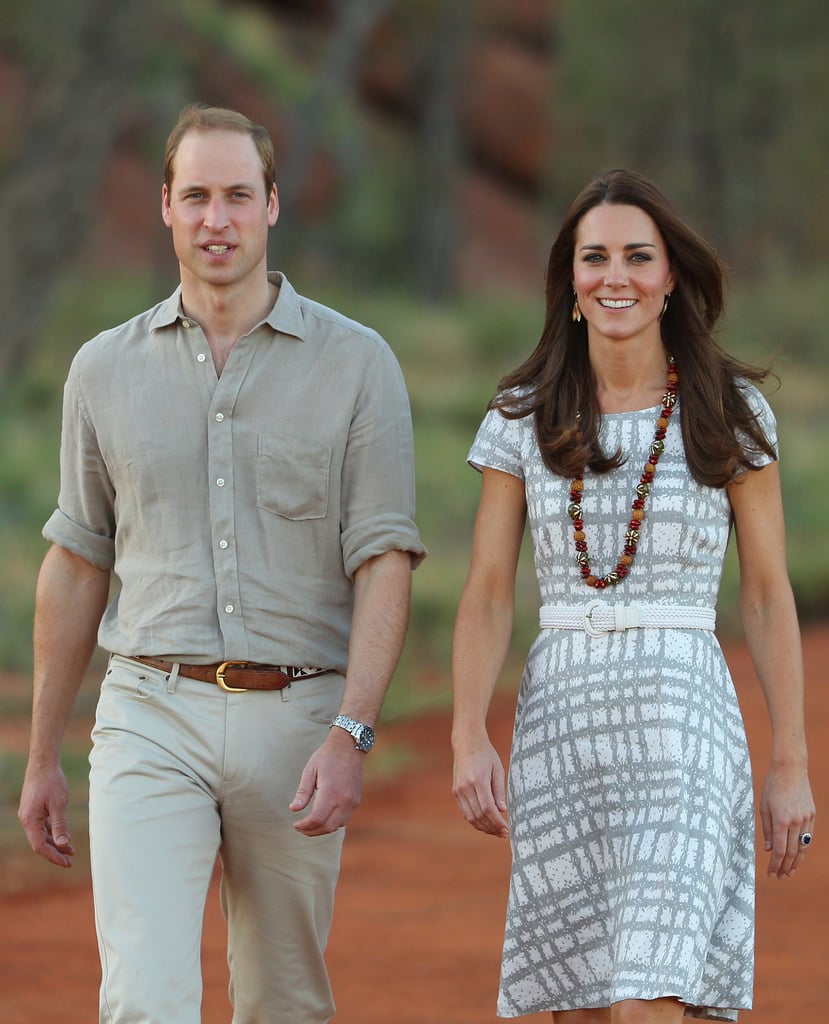 After spending Easter Monday away from the cameras, Prince William and Kate Middleton returned to the spotlight during a trip to Uluru on Tuesday. The couple visited the National Indigenous Training Academy, which helps train members of the community near Uluru to work in the tourism industry, before heading the Uluru Cultural Center where they received a special welcoming ceremony. William and Kate were later guests at an afternoon tea, hosted by the Chief Minister of the Northern Territory of Australia. They capped off their latest stop down under by visiting the impressive Ayers Rock formation.

Wiggly Prince George didn't join his parents for the official outing, though, since he stayed behind at Government House in Canberra with his nanny, Maria Borrallo. This was the second time during the tour that Kate and Will left George at the "home base" in order to handle royal duties without him.

The Royals
Harry and Meghan's First Netflix Series Has Been Revealed, and It's Already My New Favorite Show
by Monica Sisavat 3 days ago