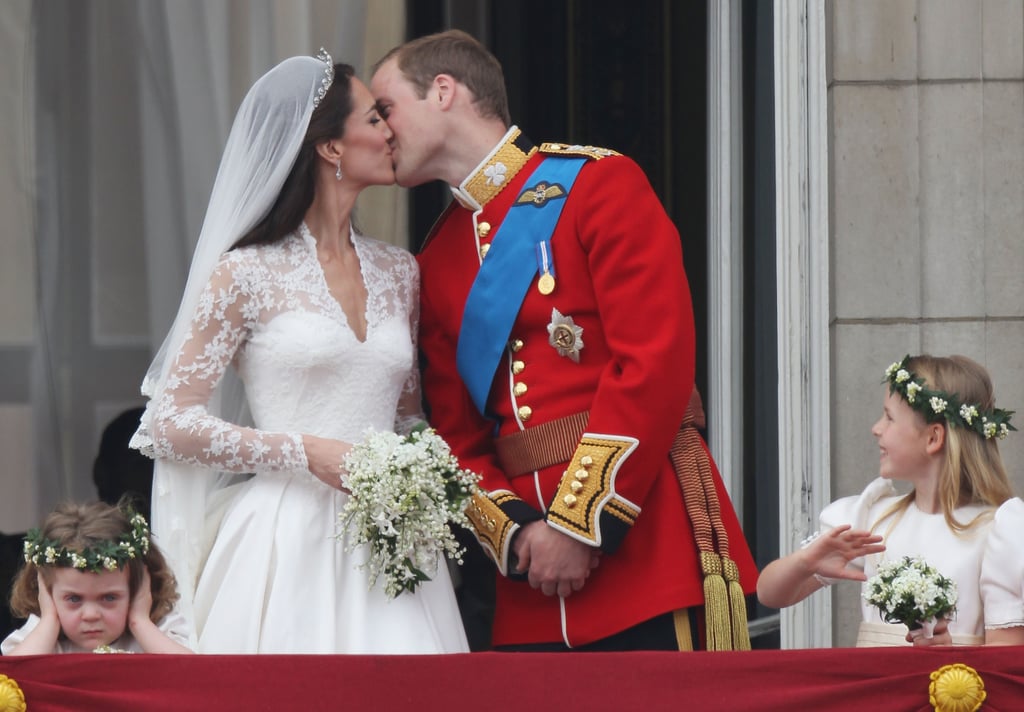 Prince William and his new princess wife, Kate Middleton, shared their first kiss on the balcony of Buckingham Palace in London today and then surprised the crowd with a second smooch! Their sweet lip locks were witnessed by the excited fans below and the duo waved and smiled to their millions of admirers. Prince William and his princess were joined by Queen Elizabeth II, Prince Charles, and Camilla Parker Bowles, Carole and Michael Middleton, Pippa Middleton, Prince Harry, and their young bridesmaids for the public appearance — the face made by three-year-old Grace van Cutsem was priceless! The royal couple were married this morning in a beautiful wedding service at Westminster Abbey, which was followed by a carriage processional. The newlyweds will next attend a brunch reception hosted by the queen and then party into the night with their close friends at a private event given by Prince Charles.