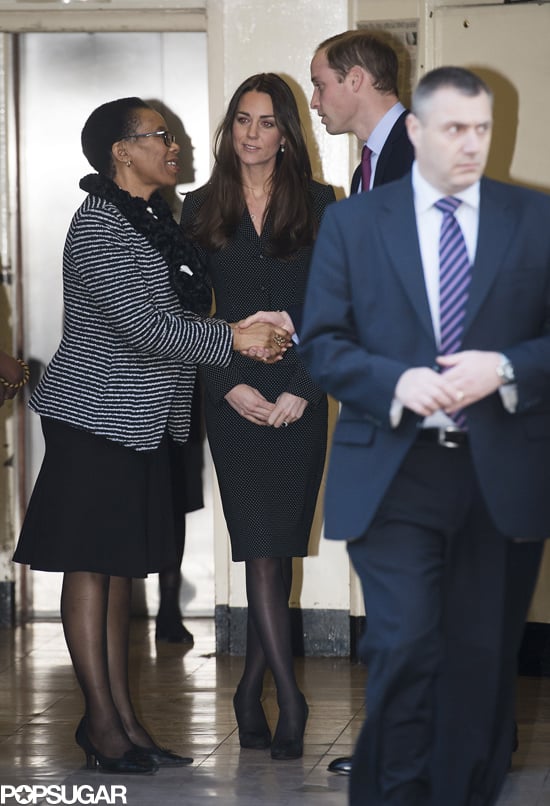 The Duke and Duchess of Cambridge visited the South Africa House in London today to sign the book of condolences for Nelson Mandela. The British royals were not among those who made the trip to South Africa for Mandela's official memorial on Tuesday, but they did meet with officials from the country as they paid their respects. Prince William and Kate got the news of Mandela's death last week at the premiere of the biopic Mandela: Long Walk to Freedom. During the screening, Will and Kate were notified of his passing 15 minutes before the film's end, and, understandably, Kate reportedly became emotional. Immediately following last week's screening, Prince William addressed the press, saying, "It's obviously extremely sad and tragic news. We were just reminded of what an extraordinary and inspiring man Nelson Mandela was, and my thoughts and prayers are with him and his family."

The queen herself also commented on the sad coincidence. Last week she said, "It was extraordinary, because William and Catherine were at the film last night — you know, the film about his life." She continued, "I supposed it must have been at the end of the film. They were clapping like mad, you know? And then somebody came on and said, you know, 'Could you just listen? We've just heard he's died.' It was amazing, wasn't it? First night of the film."

Following this afternoon's somber occasion, Will and Kate are set to attend a screening of David Attenborough's Natural History Museum Alive 3D. Kate is a patron of the museum. 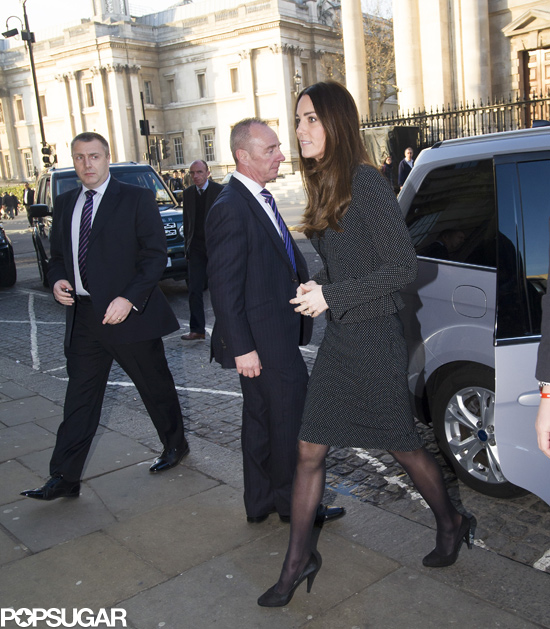 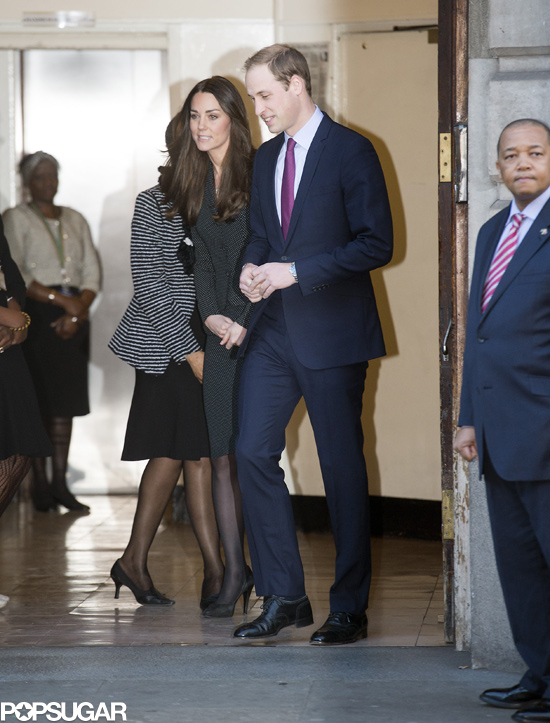