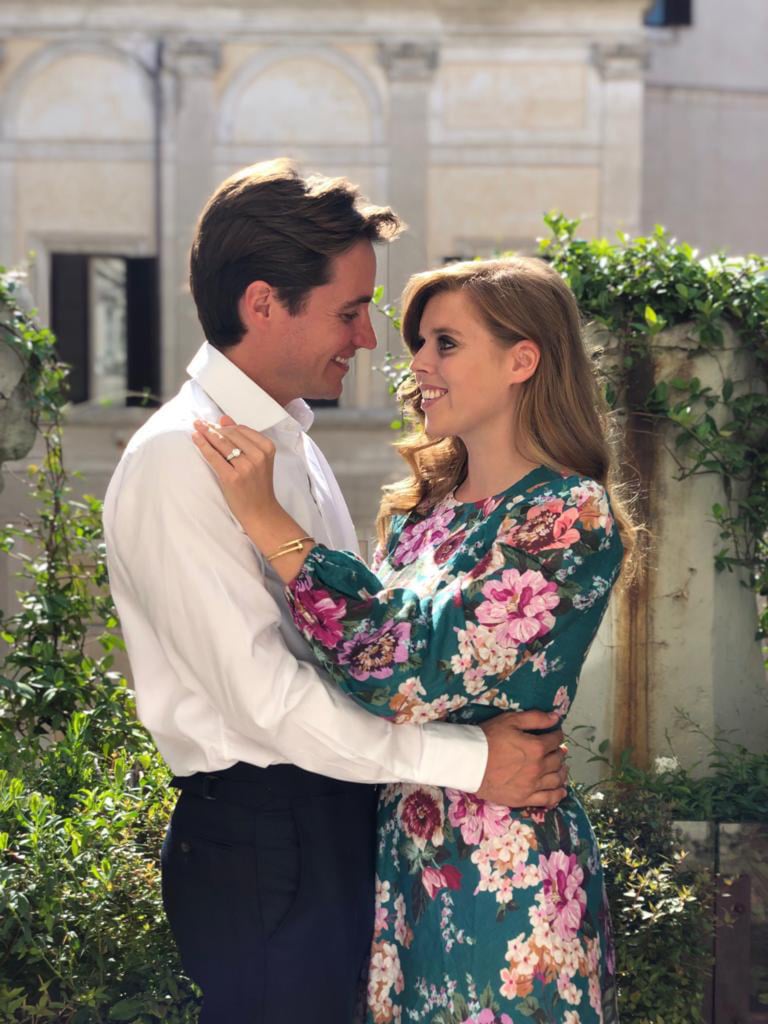 Wedding bells will soon be ringing for Princess Beatrice! The 31-year-old royal is engaged to 36-year-old boyfriend Edoardo Mapelli Mozzi. The couple announced the exciting news by sharing a handful of cute photos taken by Beatrice's sister, Princess Eugenie. Beatrice and Edoardo first began dating in September 2018, but it wasn't until six months later that they made their public debut as a couple at the Portrait Gala in London. While Beatrice is currently ninth in line to the British throne, the property developer is already kind of a royal, given that he's formally known as Count Edoardo Alessandro Mapelli-Mozzi. So basically, this is a match made in royal heaven. See Beatrice and Edoardo's cutest moments ahead!

Related:
She May Not Be a Working Royal, but Princess Beatrice Definitely Works For a Living
0
previous images
-20
more images
Previous Next Start Slideshow
The RoyalsCelebrity CouplesPrincess BeatriceCelebrity PDAEdoardo Mapelli MozziThe British Royals
Around The Web