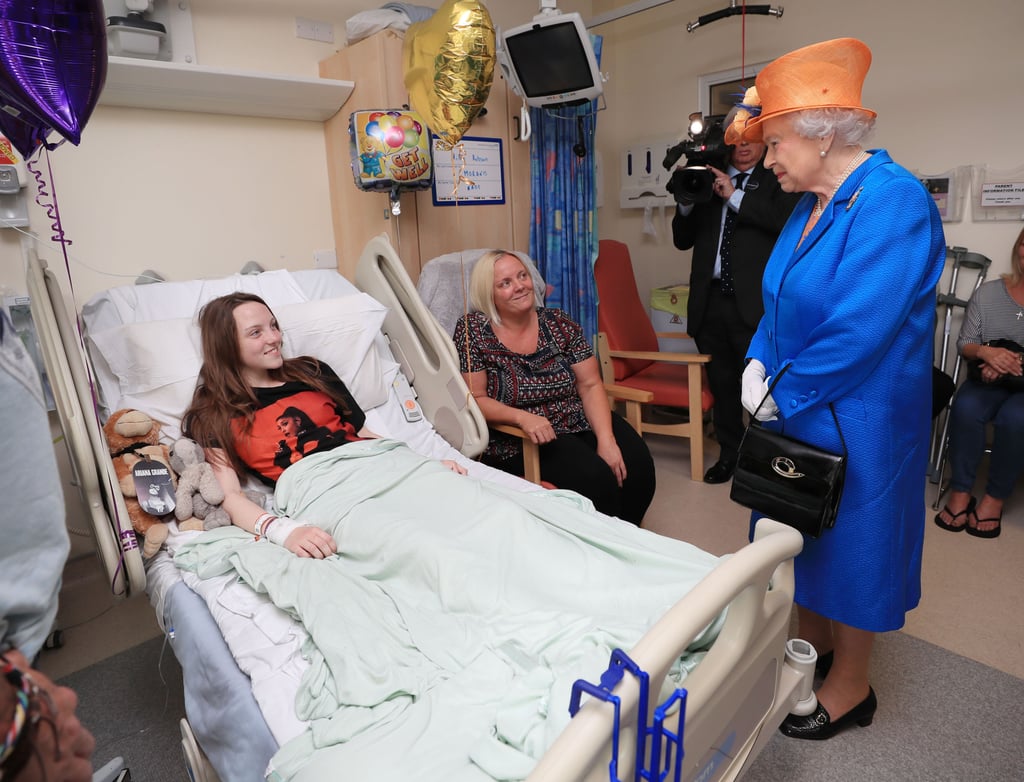 The deadly terror attack outside of an Ariana Grande concert in Manchester, England, on Monday night left 22 dead and over 50 injured. After the explosion, the royal family reached out to share their "deepest sympathy to all who have been affected by this dreadful event," and on Thursday, Queen Elizabeth II personally visited a few of the attack's youngest victims in the Royal Manchester Children's Hospital. Millie Robson, 15, wore an Ariana Grande t-shirt and a big smile while chatting with the queen, who later called the suicide bombing "dreadful" and "very wicked." The 91-year-old monarch also spoke to 14-year-old patient Evie Mills, who received tickets to Ariana's show as a birthday present, as well as Amy Barlow, 12, who was there with her mother and father.

The queen reassured them all that "everyone is united" following the attack. "It's not something you expect at all," she told Millie's father, who said he was waiting outside the exit of the arena when the bomb went off. Before she was injured, Millie had met Ariana backstage after winning VIP passes. The pop star — who's been recovering at home in Florida with the help of boyfriend Mac Miller — wasn't physically harmed in the attack, but tweeted to fans that she was "so so sorry."

In the queen's official statement after the explosion, she made sure to call out everyone who helped save lives. "I want to thank all the members of the emergency services, who have responded with such professionalism and care," she said. "And I would like to express my admiration for the way the people of Manchester have responded, with humanity and compassion, to this act of barbarity." After meeting the victims, Queen Elizabeth took some time to thank the doctors, nurses, and other staff in person during her brief tour of the hospital.

The Royals
Sundance 2022: 5 Chilling Takeaways From The Princess
by Monica Sisavat 1 week ago

Lily Collins
Apparently, Lily Collins Met Princess Diana When She Was a Toddler, and We're Very Jealous
by Navi Ahluwalia 3 weeks ago