Reese Witherspoon joined her How Do You Know costars Owen Wilson, Paul Rudd, and Jack Nicholson yesterday for a press conference in NYC during their weekend-long junket with writer-director James L. Brooks. Reese and the boys laughed their way through the questions and answers, and she chatted about being stuck between Paul and Owen, and even revealed one particularly bad date from her past. Owen shared a unique tale about firing a machine gun with friends beneath an embassy's tennis court, while Paul and Jack likewise weighed in with funny anecdotes — read selected excerpts below, and stay tuned for more quotes! 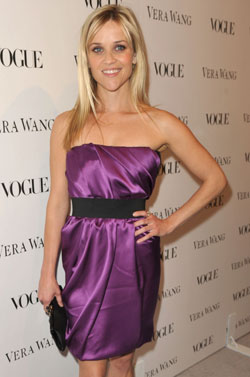