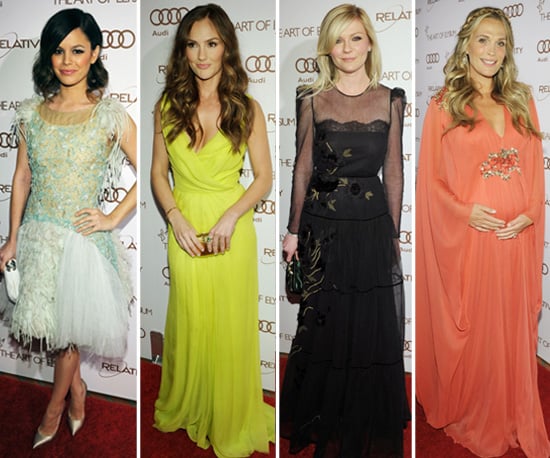 Rachel Bilson, Kirsten Dunst, and Minka Kelly stepped up their fashion game last night at LA's Union Station in support of the Art of Elysium's annual Heaven Gala. Rachel, dressed in a frock from Chanel's Spring 2012 collection, arrived solo, though she later met up with her Hart of Dixie costar Jaime King, who was wearing Valentino. Minka selected a bright Oscar de la Renta gown for the occasion while actress Camilla Belle modeled a bold Carolina Herrera. Newlywed Molly Sims hit the red carpet with her husband, Scott Stuber, in a coral grecian gown. The mom-to-be posed with her hand on her growing baby bump and then stopped to share a hug with stylist Brad Goreski. Brad told us he's hoping all of his clients make the best-dressed list at tomorrow's Golden Globe ceremony, and he can't wait to return to NYC for the upcoming 2012 Fall Fashion Week.

Busy Philipps arrived in a beaded gown and told us the evening's ethereal theme inspired her final dress decision. Tomorrow she'll be accompanying best actress nominee Michelle Williams to the Globes and said she'll have her "fingers crossed" when Michelle's category is announced. Singer Estelle kept the crowd entertained during the celebration in addition to a vintage couture fashion show sponsored by Decades. The gala, celebrating its fifth year, was originally created to celebrate artists who dedicate their time to children battling serious illness. Kirsten Dunst, in a black Valentino, was previously recognized for her philanthropic work with the charity, and this year that honor was bestowed on The Hobbit's Elijah Wood. Elijah took the stage and thanked the organization, saying, "It has enriched my life to be a part of this tirelessly dedicated family and the lives of the children they've transformed." 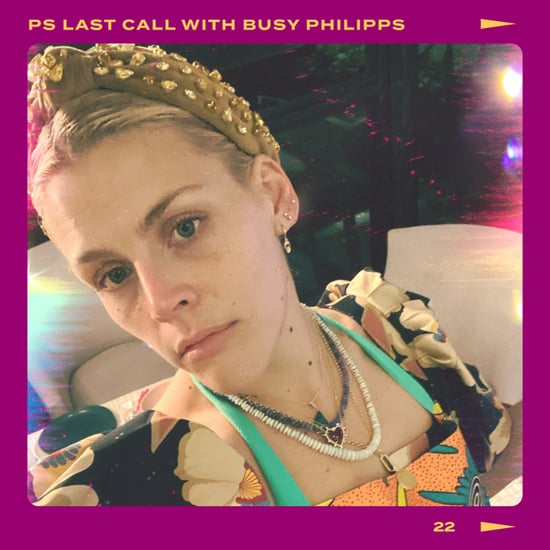