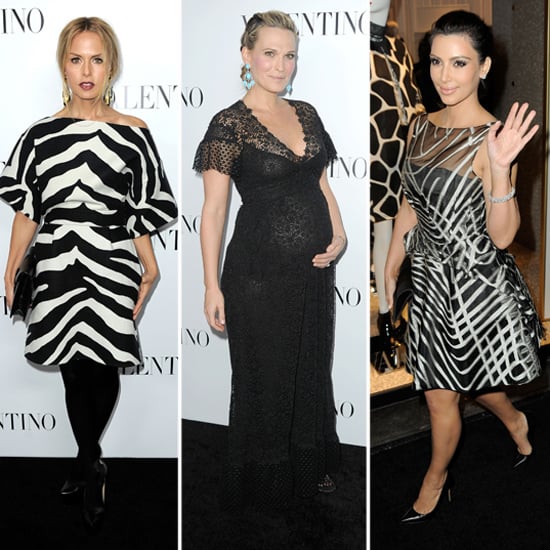 Rachel Zoe hit the black carpet in LA last night to celebrate Valentino's 50th anniversary at its shop on Rodeo Drive. She stopped for a moment to say hello to pal Molly Sims, who covered her growing stomach in a long black gown. Molly, who married producer Scott Stuber in September, is six months pregnant with her first child. She and Scott expect their first bundle of joy to arrive in June. Molly and Rachel shared space on the carpet with a Lela Rose-clad Kim Kardashian, as well as other starlets like Jessica Stroup, Jessica Szohr, and Ciara. Rachel is a well-known Twilight fan, but she took a second to say hello to an actress from another major movie franchise. The Hunger Games' Isabelle Fuhrman caught up with Rachel Zoe at the dinner, and the young actress later tweeted that she was "so happy to have met such amazing people" at Valentino's event.

Kim Kardashian
Skims Just Dropped a New Swimwear Collection, and It's a Figure-Flattering Fit
by Anvita Reddy 3 days ago