We're rolling into August with our favorite funny-lady tweets of the week! This week on Twitter, Rashida Jones had a groundbreaking idea for those acquaintances you can't seem to remember, and Mindy Kaling shared a great tip for the professional work environment. Diablo Cody and Mae Whitman, on the other hand, focused on bodily health and willpower. 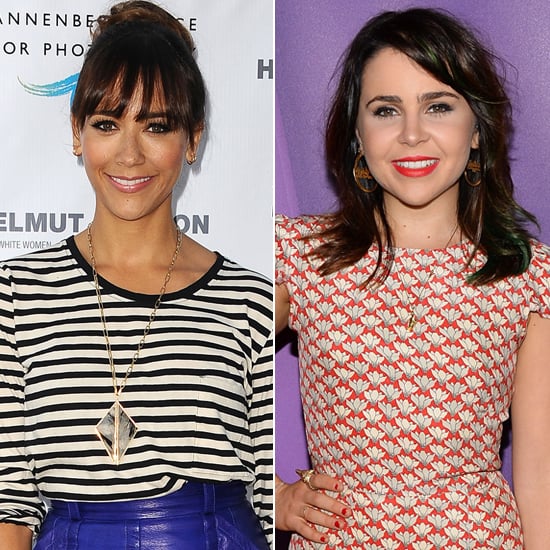 Life would be so much easier if Rashida Jones was an inventor.

I wish you could Shazam someone's face

And she didn't even ask if we wanted any of it. Thanks Mae.

Listen, we're not going to tell you how to live, Lena, but we'd appreciate some consistency.

Check out the rest of the funniest tweets when you read on!


Am I the only one who would be down if Mindy Kaling said this to me?

"Kiss me on the lips or you're fired!" is something you shouldn't say to your crew, I learned today

Diablo Cody sets the standard for willpower. So impressive.

Ellen Page sure knows how to appreciate nature's gifts.

A bird pooped on me! #nature #life #blessed

Something tells me Sarah Silverman is a little confused about POWs.

Oh man, to be a fly on the wall during Chrissy Teigen's therapy sessions.

Kate Middleton says that breastfeeding little Prince George is more comfortable if she takes the silver spoon out of his mouth.

So that's why Anna Kendrick sounded sexier than usual.

"You guys, we have to do it this way. It was comedy writer Megan Amram's dying wish."

Face down, ass up, that's the way I want my open casket funeral

Not to hate on Kristen Schaal, but I'd like to be considered for this role as well.

I could excel at any role where the character is described as chronically sleepy.

Don't let Bert the Muppet hear you say that, Kristen. He'll be pissed.

Nobody is named Ernie anymore, huh?

I can relate to comedian Kelly Oxford. One time I got weepy from watching 30 Rock.

Just welled up with tears listening to Cheers opening theme song in case you didn't know what PMS feels like.