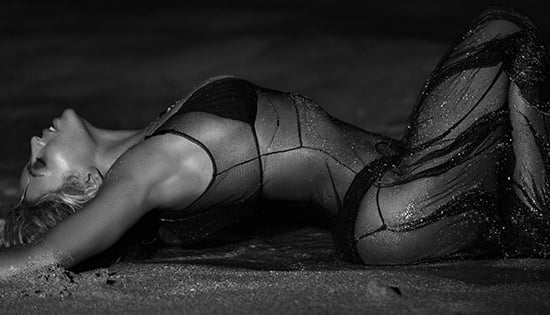 Beyoncé inspired shock and awe when she dropped a new album out of nowhere on Thursday at midnight, prompting somewhat of an Internet meltdown as fans and celebrities took to Twitter with their excitement. The surprise album, titled Beyoncé, features 14 new songs along with 17 new videos, and the singer calls it a "visual album." As the world tries to process what, exactly, just happened — and how she somehow managed to pull off the surprise — take a look at some of the sweet, hilarious, and appropriately dramatic reactions from celebrities.

Don't talk to me today unless it's about @Beyonce THANX

I'm literally FUH-REAKING OUT over this new #BEYONCE... The music vids?!!?! I CANT HANDLE THIS MUCH FIERENESS.... #NOJOKE #DYING

@GKidW @Beyonce omg. She is stardust.

Beyonce. Are you kidding me with this?! #Supreme #love #everything

Beyoncé releases a surprise album and 17 corresponding videos. I have a weird rash on my neck. So there's that.

This #Beyonce album is everything. Can I be her? #PrettyHurts

I'm in loooooove! So much yummy all in one FIERCE moment! beyonce @joansmalls @chaneliman… http://t.co/RrIZk11PNG

Who else is already loving the new visual album by @Beyonce? What a wonderful surprise! Check it out on iTunes!!!

Beyoncé Knowles
Yes, Beyoncé's Lyrics Were Ableist. There's a Lot More to the Story.
by Maggie Ryan 4 days ago