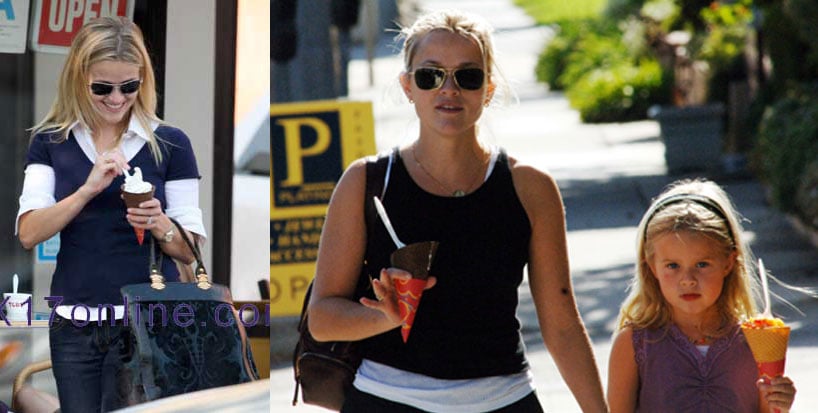 Reese is looking very happy these days. She is all smiles while she consumes some seriously yummy looking ice cream. She is also signing up to play a pregnant wife in her latest movie co-starring Jakey G. Hmm, could she be telling us something? We're not saying she's pregnant (she sues for that you know), but we'd love to hear that she is. Here's more on her latest movie role:

Jake Gyllenhaal and Reese Witherspoon are in final negotiations to star in the next film from the director of the Oscar-winning South African feature "Tsotsi."

"Rendition" revolves around a CIA analyst based in Cairo whose world spins out of control after he witnesses the interrogation of a foreign national by the Egyptian secret police. Gyllenhaal will play the analyst, while Witherspoon will play the pregnant American wife of the national.

Gavin Hood will direct the New Line Cinema project from a script by Kelly Sane. Shoots are planned for Los Angeles, Washington, Morocco and South Africa starting in November.

Music
Wondering Who the Red (Taylor's Version) Vault Songs Are About? We Have Theories
by Divya Meena 2 weeks ago