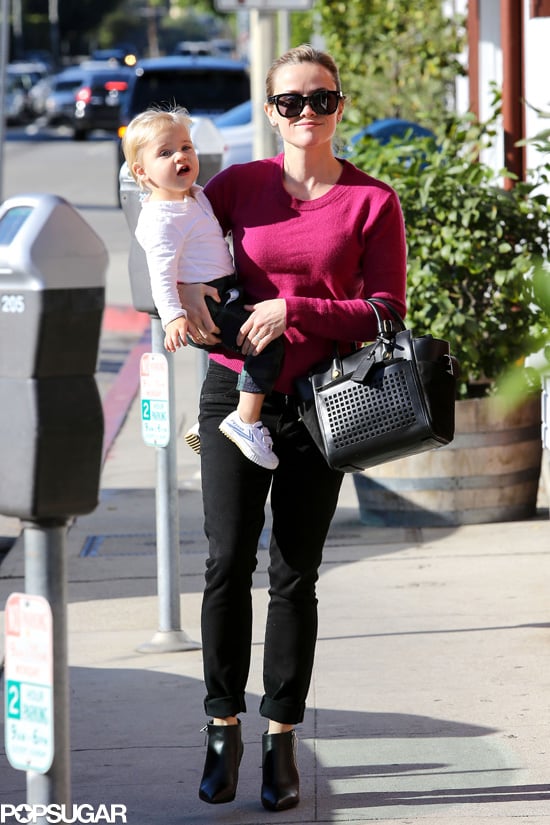 Reese Witherspoon had two men by her side when she went on an errand run in LA on Sunday. She carried little Tennessee in her arms while walking to meet up with husband Jim Toth, who recently grew out a mustache, possibly for the annual Movember fundraising event to raise awareness about prostate cancer. Reese was back in LA during a short break from the set of Wild in Portland, OR. She's been sharing quite a few photos of herself on the set, including a recent snap of her face covered in dirt. Reese joked, "Um . . . Do I have something on my face?" 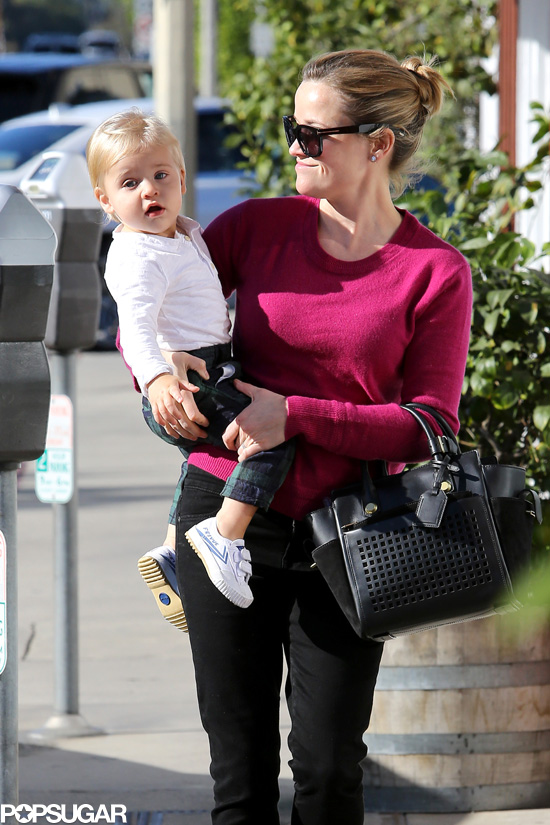 Reese has been taking on more serious roles, including Devil's Knot, the new project about the West Memphis Three. Be sure to check out the trailer for Reese's new film, which also stars Stephen Moyer and Colin Firth. 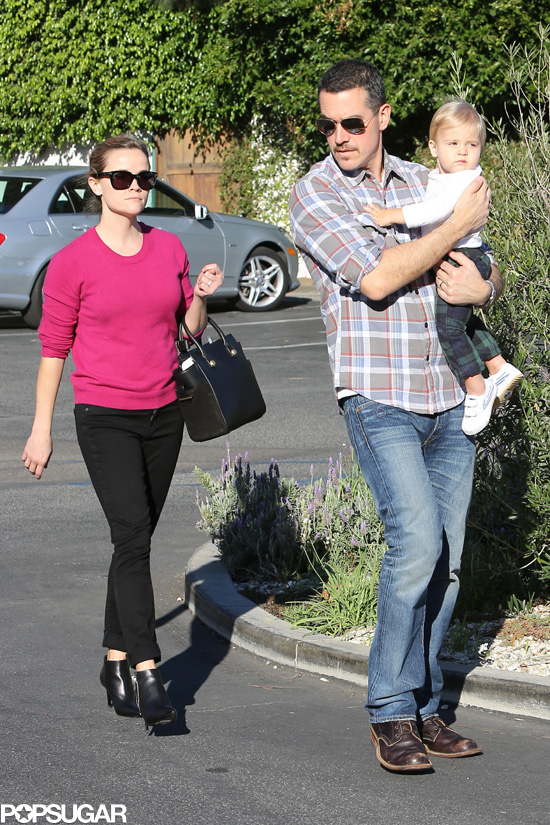 Schitt's Creek
Who Is Emily Hampshire Dating? Her Relationship History Includes a Marriage
by Corinne Sullivan 16 hours ago

Reese Witherspoon
It's Officially a Perfect Day: The Legally Blonde Cast Reunited For the First Time Since 2001
by Mekishana Pierre 1 day ago

by Perri Konecky 20 minutes ago

by Samantha Brodsky 52 minutes ago