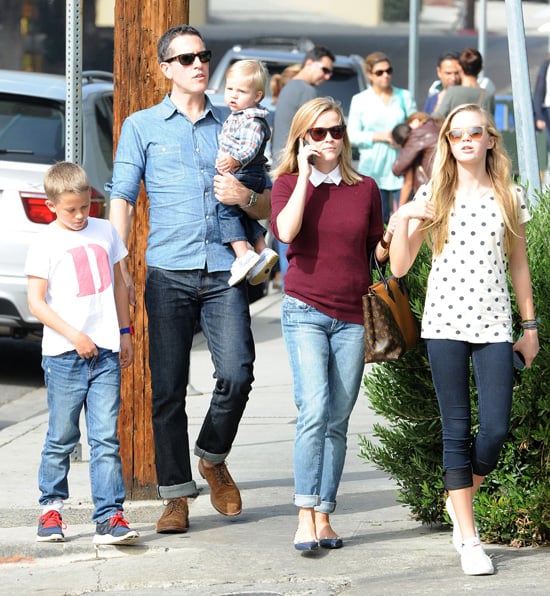 Reese Witherspoon reunited with her family this weekend when she ran errands yesterday with her children Ava, Deacon, and Tennessee with husband Jim Toth in LA. Reese spent the weekend back home with her kids during a break from filming her latest movie, Wild, in Portland, OR. Later that day, Reese traded her Valentino flats and Paige jeans for comfy boots as she headed to LAX to catch a flight, presumably back up to the Pacific Northwest to continue filming. 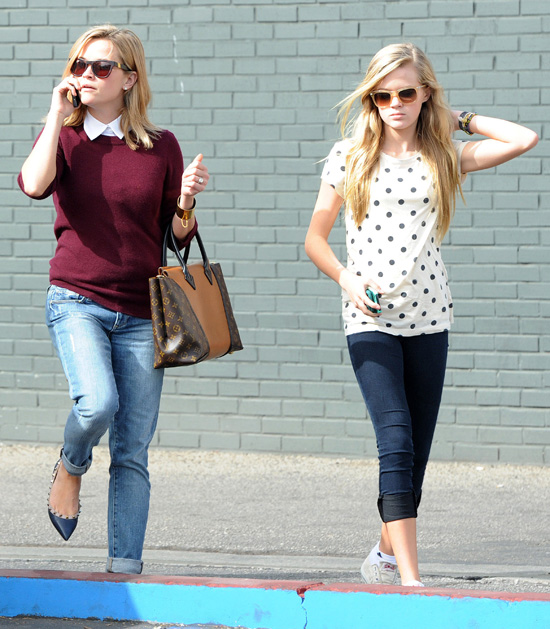 Last week, Reese filmed Wild while wearing a giant hiking backpack and a Bob Marley t-shirt. The film is based on the true story of Cheryl Strayed, who wrote a memoir about he solo hiking travels in the Sierra Nevada and Cascade mountains. Filming in nearby Oregon has proved to be a benefit for Reese, who has been dividing her time between LA and Portland over the past few weeks. Last weekend, she was back in California to hang out with her children and attend the Brentwood Corn Festival, where she ran into her Little Nicky costars Kevin Nealon and Adam Sandler. 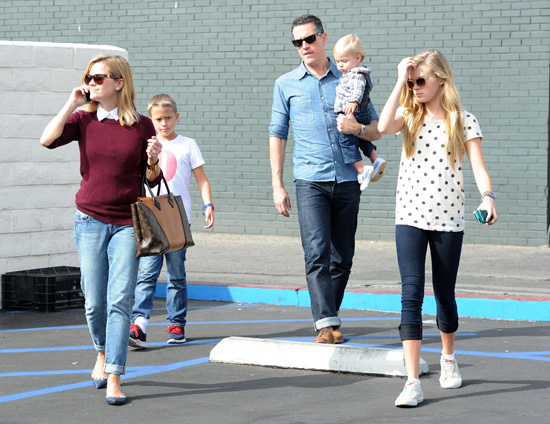 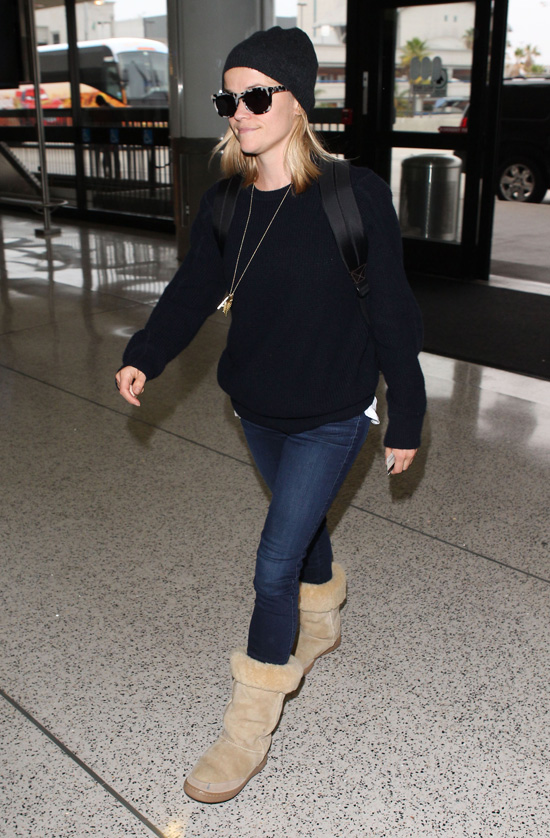 This is Us
Fun Fact Alert: Madison on This Is Us Is Married to Series Creator Dan Fogelman IRL
by Perri Konecky 12 hours ago

Adele
Not So Fast! Adele Says She's Single Amid Those Skepta Dating Rumors
by Monica Sisavat 15 hours ago