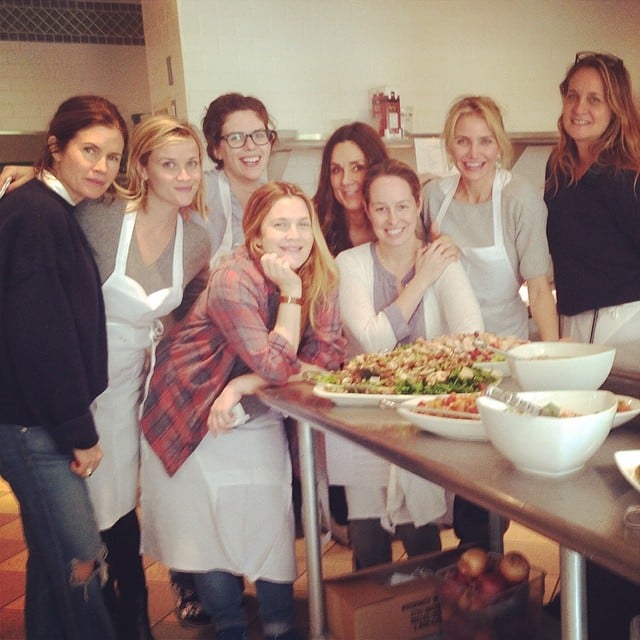 Award season may be over for Reese Witherspoon and Drew Barrymore, but the fun certainly isn't! Reese and Drew headed to Napa for a girls' trip and shared their exciting adventures on Twitter and Instagram. Drew snapped photos from the Culinary Institute of America at Greystone in St. Helena, where they took private cooking classes and learned to make fresh pasta. They were joined by pals including Cameron Diaz, Reese's stylist Leslie Fremar, who dressed her for the Spirit Awards and the Vanity Fair Oscars party over the weekend, as well as makeup artists Gucci Westman and Lona Vigi. The group, who stayed at the Meadowood Napa Valley resort, also stopped by the exclusive Opus One winery and Maisonry during their wine country visit.

While at Maisonry, which Drew has visited before, the group enjoyed a wine tasting and browsed artwork and vintage furniture — and also posed with the owner's adorable one-eyed rescue pup, Ellie. Reese even gave a nod to Ellie by winking in the picture, which Drew helped direct from behind the camera.

This isn't Reese, Cameron, and Drew's first trip together, since they also vacationed in Mexico this time last year.