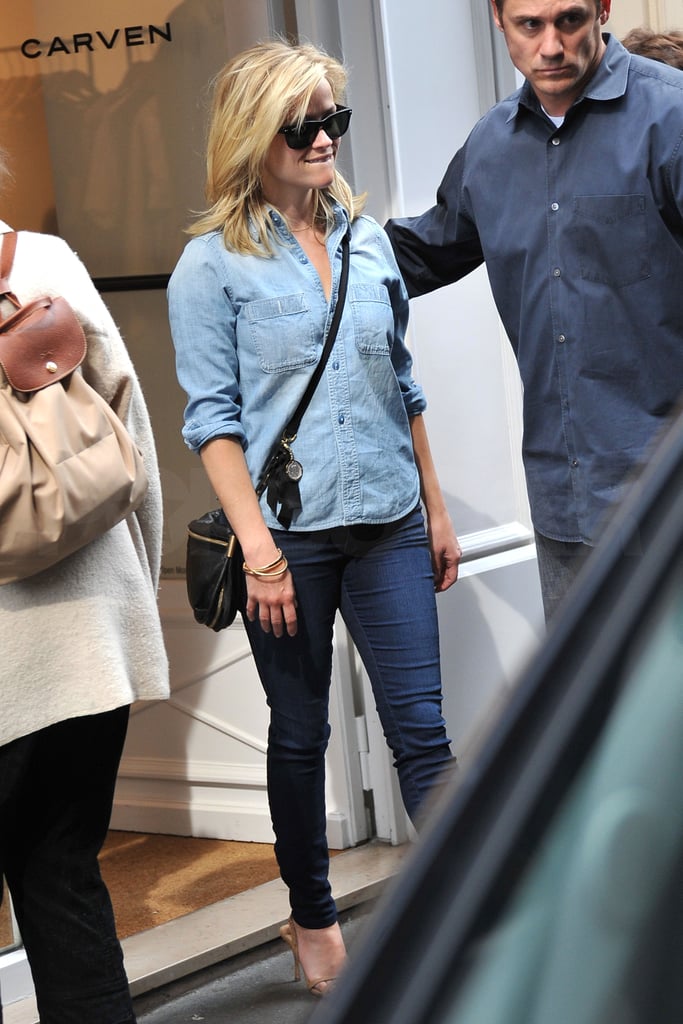 Reese Witherspoon had the help of a security guard to keep eager fans at a distance yesterday while the actress shopped around Paris. She stopped in at Carven's store before seeing what other fashion finery the city had to offer. Reese is abroad doing promotional work for her movie Water For Elephants along with her leading men Robert Pattinson and Christoph Waltz — she's been doing her best to show off the film, but is Reese your number one star to see on the big screen? If so, show her some love in our Favorite A-List Actors category in this year's PopSugar 100! Robert was by Reese's side late last week for the Paris premiere of their circus epic, then they went their separate ways to do TV interviews on Friday. She wowed on the red carpet for the screening in a hot one-shouldered dress, while Rob looked like his usual hot self in a chic suit. Robert has been jet-setting around the world for the last few weeks, doing press for the film in NYC, LA, and Europe between a stop in St. Thomas to do a shirtless- and bikini-filled reshoot for Breaking Dawn with Kristen Stewart.

Prince Harry on Why He Moved His Wife and Son to the US: "That Wasn't the Plan"