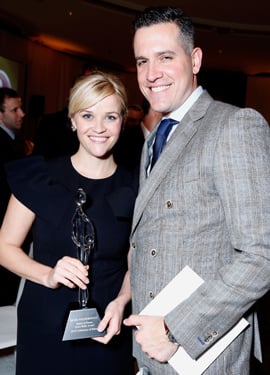 Reese Witherspoon's lawyer appeared in an Atlanta court today to plead no contest to the disorderly conduct charges that stemmed from her April arrest. She will pay a minor fine for the infraction, though her husband, Jim Toth, will face more serious consequences following his DUI charge. Jim pled guilty in front of the judge, resulting in 40 hours of community service and a 12-month probation.

Reese and Jim were both arrested last month after Jim was pulled over for suspicion of driving under the influence. Reese has since spoken out about the incident and stopped by Good Morning America today to apologize for her actions while promoting her upcoming film Mud.

Celebrity Instagrams
In Case You Forgot, Brenda Song and Macaulay Culkin Have Been Together Since 2017
by Monica Sisavat 11 hours ago

Celebrity Instagrams
Tan and Rob France Are Expecting Their First Child: "Our Hearts Are So Full Right Now"
by Monica Sisavat 11 hours ago